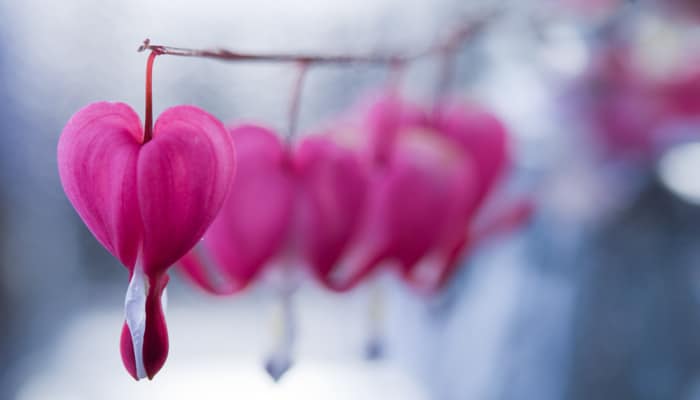 Summary: This article presents a case study in which underlying energetic underpinnings of an autoimmune disorder are uncovered and healed.

A basic principle of energy medicine is that health and well-being are maintained on three levels: physical, mental/emotional, and spiritual. In Western culture, we think of illness as related only to the physical. However, the physical presentation of an illness is usually the last stage of a long-standing problem. If there is something wrong spiritually or emotionally and it goes unaddressed, it will eventually present itself in the form of a disease or physical ailment. In this way, it is possible to trace the root cause of a physical issue and address it on an energetic level to gain relief and possibly cure the problem.

Energy medicine is not a scientifically based system of understanding illness. In fact the term “energy” is somewhat arbitrary in that it tries to address something that is largely immeasurable. However, that does not mean it does not exist. There are many cultures that recognize energy and its effects on health. The Chinese concept of qi correlates to our understanding of energy, and the understanding of qi is at the heart of Chinese herbal medicine and acupuncture.

From an energetic perspective, disease can be seen as an attack on the body by the body. Often these attacks are the result of someone suppressing an emotion over a long period of time. By understanding the emotional component of a disease, we can often find the key to recovery. This is because when an emotion becomes stuck, the energy that is contained in that emotion and stored in the body can lead to health issues if the emotional issue is not addressed.

A 60-year-old woman came to me with a diagnosis of chronic fatigue and lupus. Lupus is an autoimmune disease that can manifest in a variety of ways. With this disease, the body’s immune system attacks and undermines different organs, because the immune system mistakenly regards an organ within the body as a foreign entity. While Western medicine has several ways of treating lupus, the success rate is limited.

From an energetic standpoint, lupus is a particularly vicious and complex attack on the self. In the case of my client, the lupus was masking a complete emotional shutdown on the surface, while on the deeper levels of her psyche, a storm was raging. Recognizing this energetic dynamic, I questioned my client about her history and discovered that her father had been a “rage-aholic” (someone who is addicted to anger states), and that his unmanaged anger created a series of emotional responses in her as a child that she suppressed her entire life. The most striking emotional response pattern she developed was an ability to avoid expressing her own anger. As we dug deeper into her psyche, we discovered that she was actively suppressing her anger so that she would not be like her father. This extreme suppression of her anger was what I felt was at the root of her autoimmune disease.

By recognizing the underlying energetic pattern, we were able to begin to gain a deeper understanding of what was at the root of my client’s illness. The physical symptoms of the disease itself also provided important information. In this case, the physical symptoms of autoimmune disease suggested an attack on the self and a freezing of emotional and mental processes. Lupus is an autoimmune disease that is characterized by the immune system’s attack on the body’s organs. Chronic fatigue is a loss of energy and the inability to function physically. There is a striking similarity between these physical symptoms and my client’s emotional experience of shutting down her response to anger. By not allowing herself to feel anger, my client drained herself of energy and essentially shutdown.

Through the insight gained from viewing my client’s physical symptoms as a doorway into the deeper processes of her psyche, my client was finally able to see how she had participated in creating her disease. More importantly, she realized that she had more control over her physical symptoms than she had realized. It took time to help her change her way of relating to her emotional world and to resolve the issues within the relationship with her father. Yet, we were able to do this in a relatively short amount of time because we had the map provided by the energetic underpinnings of the physical symptoms. The work she did to correct her emotional and energetic imbalances led to a gradual, but significant change in the symptoms of her disease. Today she has more energy and has slowed, if not stopped entirely, the decline of her organs due to lupus.