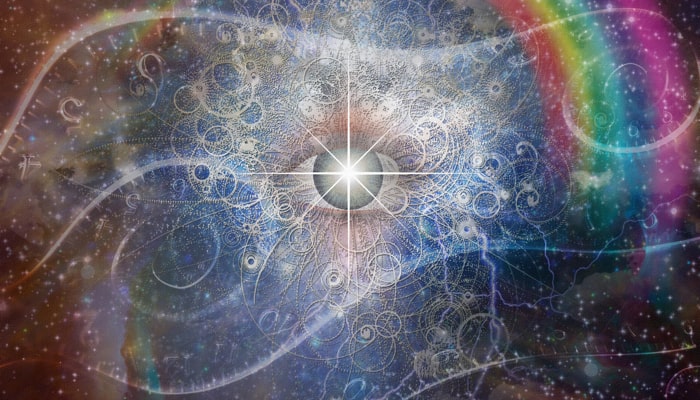 Article: How to Prepare for 2012 and Beyond

Summary: There are several prophecies regarding 2012, or thereabouts, with implications about individual growth in the first half of the twenty-first century.

As 2012 approaches, more and more people are wondering what is needed to be able to meet the demands of the changes that are prophesied for the winter solstice on December 22, 2012. This date refers to the time when many ancient calendars either run out, or have a shift that creates a dramatic change to the world as we know it.

In Vedic science, the ancient wisdom of India, the concept of kalpas, or eons coming to an end as one world ends and another begins, is the subject of much calculus in the measurement of time. In some of the Vedic schools, 2012 is recognized as a shifting point.

Like the practitioners of Vedic science, the Mayans, a people who flourished in Central America from about 2000 BCE to 1000 CE, created calendars of great complexity. Their approach to time is also similar to that of Vedic calendar scientists. The Mayan calendar was adopted by the Toltecs and the Aztecs, and many theorists believe their calendar systems were carried north to the Ancient Puebloans. The Mayans define any given period of time through several different nomenclatures. One of them is the so-called “Long Count Calendar,” which ends on the winter solstice of 2012.

The Hopis are a Native American tribe living in the southwestern United States. They are thought by many to be descendants of the Ancient Puebloans. The ancient prophecy of the Hopis provides a number of specific predictions along with instructions on how to meet the challenges of the coming years. According to Hopi prophecy, we are at the end of an era called “The Time of Purification.” This is a time where those who wish to become “one-hearted” participate in a process of consciousness expansion through rituals of purification. This purification process is interesting, and similar in nature to Buddhist concepts of purification, which involve the idea of karma.

From a Buddhist point of view, karma is defined as the consequences of actions. Every action we take has a consequence, and with every consequence we have a choice of how we want to meet it. This meeting begins with the intention in our reaction, and follows through to the action we take based on that intention. Once we take action, the natural consequence of that action arises, and the cycle continues. From a Buddhist point of view, we incarnate again and again into material existence, largely as a function of karma. Most of us have made at least some missteps in understanding the implications of our choices in response to karma, which have created karmic patterns within us that hide our essential nature from us.

In Buddhist terms, our essential nature is called “Buddha Nature.” This is the aspect of the self that is fearless, unchangeable, compassionate, and connected to the cosmic unfolding in an unbroken way. The Hopi tradition has a similar concept described as “The True Path.” The Hopi concept of a Time of Purification can be seen as a moment when we have the opportunity to return to The True Path. In order to return to our Buddha Nature, we must purify our karmic patterns by becoming more aware of the consequences of our actions, and making different choices as that awareness broadens. In this way, our actions will create different consequences, and these choices will lead us back to our essential nature.

The Hopi prophecy regarding the times in which we live circulate around the idea that human experience has careened so far from The True Path that polarities have become reversed. What appears to be good is actually bad. What appears to be bad may actually be good. From a Buddhist point of view, this activity takes place over lifetimes. After living several lifetimes, we can become mired in the misapprehensions that we have been weaving through the experience of living. This process is well described in Vedic scripture where at the beginning of a set of kalpas, there is greater clarity and understanding among beings that are incarnating within the new era. The Hopi prophecies echo this kind of progression seeing the end of one world leading into the beginning of the next. According to both traditions, due to the clarity of the new era, humans are able to maintain a greater level of awareness in the new era.

However, at the end of a set of kalpas, or at the end of a Hopi world, the darkness of ignorance is strong, and many beings suffer as a consequence of the accumulation of their ignorant actions. Yet, even as the weight of ignorance begins to accumulate within the individual psyche, societies, and the human race as a whole, there is a corresponding increase in the potential for change and emergence out of that ignorance. In the Hopi prophecies, this is described as the emergence from one world to the next.

The times of collapse described by Vedic science and Hopi prophecy may well be evidenced in the groaning of the Earth under the weight of human actions that have provided terrible consequences for the health of the planet. This intensification brought on by the degradation of the natural environment could inspire the awakening of many people. As mentioned before, when the end of an era, world, or kalpa is upon us, there is a corresponding potential release of energy that can assist in creating change. This power has the potential to help drive the processes that separate consciousness from unconsciousness, lies from truth, in ways that are not always obvious.

From the point of view of the evolution of consciousness, this power can provide assistance in the process of purification of karmic patterns. From the Hopi point of view, this participation allows entry into the next world that the Hopis describe as the Fifth World. As part of this purification, we are called to engage in the process of resolution of polarities within us. We are called to begin to understand the nature of karma, and see how we have twisted away from The True Path, our Buddha Nature, through our limited comprehension of universal principles.

Regardless of the reality of the 2012 prophecies, we must seek to attain a level of consciousness that helps us step out of the twists and turns of our karmic patterns. We must reclaim our capacity to steer our lives. We must seek teachers who are able to hold the complexity of the current times and who can educate us with clarity and purpose. We need teachers who can help us listen to ourselves, perceive where we are out of alignment with The True Path, or our Buddha Nature, and help us learn to choose a different type of alignment. And this choice cannot be legislated or forced.

We don’t need teachers who use the threat of danger and doomsday if we don’t make the right choices. We don’t need a form of judgment external to our own understanding driving us to make choices out of fear rather than toward wholeness. We need to be able to participate in the kind of education that helps us separate truth from lies. We need the type of education that helps us to listen to the voice of our own Buddha Nature above all others.