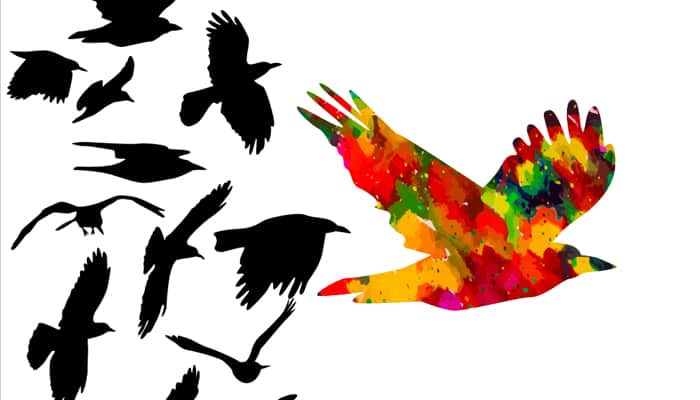 Summary: This article explores how stage hypnosis, or hypnosis for entertainment, really works and how it differs from hypnotherapy, when done ethically.

Hypnotherapy is an ancient art. The Ebers Papyrus from 3000 BCE describes the way it was used as a “sleep cure” to help with a variety of ailments in ancient Egypt. In Greece, hypnosis was used to treat soldiers returning from war who were suffering from the effects of being exposed to the trauma of the battlefield.

More recently, Western Europeans became exposed to the art of hypnotherapy through their colonization of other countries with ancient healing traditions that contained hypnosis as a treatment option. Sigmund Freud was a student of the techniques of hypnosis. Indeed, his psychoanalytic technique of free association grew out of his experimentation with hypnotic techniques.

In India, which was colonized by the British, hypnosis was being commonly used during surgical procedures when the British arrived. British army doctors reported that the Indian doctors’ use of hypnosis as a surgical anesthetic in the place of chemicals such as chloroform was highly effective. They reported that hypnosis was even more effective because the healing process was quicker. This is because it lacked the side effects of most of the primitive chemical anesthetics that were used in Europe at the time.

The art of hypnosis became a subject of interest not only to healing practitioners, but also to entertainers – as explorations of the seemingly magical capacity of one person to affect another person’s experience through hypnosis emerged. In India, there was also a well-developed tradition of traveling entertainers who used hypnogenic techniques, featured in such acts as snake charming. Snake charming uses music and suggestions in the form of words to encourage the snake to perform particular feats. It appears that the snake is acting according to the will of the snake charmer. These entertainers also used this type of suggestion hypnosis on people as well to submit them to the will of the “charmer.”

European vaudevillians and other popular entertainers quickly learned that these hypnogenic techniques could draw a crowd. This was especially true when hypnotists asked for volunteers from the audience to act as hypnosis subjects. The hypnotist employed elaborate techniques that measured the “hypnotizability” of audience members. These tests were actually designed to confirm how willing the subject was to take orders while conscious. If subjects were willing to take orders while “awake,” they were more likely to take orders in an altered state.

Those who were deemed most suited to hypnosis were taken through a series of suggestions in front of the crowd to help them move into an altered state. In that altered state, they listened to and obeyed the commands of the hypnotist – even when the hypnotist gave them suggestions to perform an act which might make them look foolish. One such famous act is to encourage the subject to act and quack like a duck.

That fear is actually well founded. When hypnotists use the power of suggestion to take over another person’s will, they are acting in a way that is out of integrity with the subject’s best interests. Also, subjects who allow hypnotists to take over their will are not acting in their own best interests. There is no magic involved here. The hypnotist does not have greater power than an ordinary individual. The subject is not more vulnerable than any other person. What is at work in stage hypnosis is a simple contract.

The hypnotist, in performing the “hypnotizability tests,” is actually looking for people who are willing to turn over responsibility for their actions to another person. There are some people who want to be released from the conventions of socially prescribed behavior. But they prefer to give up responsibility for their actions, when stepping outside of socially agreed upon norms, to someone like a hypnotist.

There are also many people who actually function in socially acceptable ways in a type of “waking hypnosis.” That is, they look outside of themselves to know what kind of behavior is “right” for them much of the time. Or, they may wait for someone else to tell them how to make decisions in order to be sure they are in alignment with externally approved norms. These people are very open to external suggestion. This makes it easier for them to enter into the type of agreement that stage hypnosis requires. If people are used to looking outside themselves for cues, it feels natural to them to give up their power to another person.

It could be argued that many conventional types of social interactions are based on or defined by this type of power dynamic. Behind many social interactions, there is a sub-context which revolves around concepts of “I have power over you,” or, “you have power over me.” This type of interaction is simply formalized in stage hypnosis where the hypnotist prefers the former position and a person who is a potential subject prefers the latter.

This is not to say that this is a positive state of affairs for either party. It is not in anyone’s best interest to step out of integrity with his or her personal power. This is true in any social situation. But in the therapeutic environment, the effect of power imbalance can have more serious consequences. In the therapeutic environment, it is difficult for deep and permanent healing to occur if either the practitioner or the patient – or both – step out of integrity with their power.

Unfortunately, most people’s first exposure to hypnosis is in the stage hypnosis environment. In this environment, there is a lack of integrity regarding the use of personal power. It is an agreement that both parties enter into willingly, but it is not an agreement that safeguards each party’s use of personal power. Because the stage hypnotist/subject relationship is out of integrity in terms of personal power, people translate that potential in the relationship between a hypnotherapist and a client in the therapeutic relationship. And clients might feel wary about entering into this kind of contract with a practitioner.

Most people have lost touch with the capacity to contact the part of themselves that holds this knowing,  because this part of the self generally lies outside the functions of the conscious mind. Hypnosis is a very helpful tool to help people loosen the grip of their conscious mind. In doing so, they can step outside the confines of the conscious mind and reconnect with this innate knowing. This knowing holds information about the potential of healing that is possible, and, by contacting it through hypnosis, many types of imbalances can be addressed.

In order to take this step safely, clients must be able to trust that their power will not be taken over by the hypnotherapist. And if clients want the hypnotherapist to take over their power (“Just put me to sleep so when I wake up I won’t want to smoke.” Or, “Just make it go away while I am under, okay?”), a practitioner should seek to help them come into a new relationship with their power to change.

Rather than take over the potential of this power, the practitioner can help clients rediscover this power and help them wield it to heal themselves. The practitioner can help clients understand that their will to give up the habit is what actually helps them give up the habit. It is not the hypnotherapist’s will overpowering the client’s will that brings clients to the place of being habit-free.

In order for clients to remain, and want to remain, in integrity with their personal power, some education may need to be provided. It is true that sometimes people have a split in their desire to keep an imbalance in place and in their desire to remove it. Healing this split is part of the healing process. Clients cannot heal that split if they are not able to stay in integrity with their personal power

This is all part of the healing. Ultimately, any habit or symptom is information about how a person is not standing fully in what is best for optimal health. There are many ways of understanding this information and using it as a basis for treatment. And hypnosis – especially types of hypnosis such as Depth Hypnosis – has processes that are excellent keys for unlocking that information.

When the hypnosis practitioner’s education includes strong safeguards about the use of personal power, these keys can be used safely and effectively. It is important for someone considering hypnosis as a treatment option to ask the kinds of questions that this article raises. If the answers to these questions show clients they can best access paths to healing by remaining congruent with their personal power, they can enter into hypnotherapeutic treatment safely.