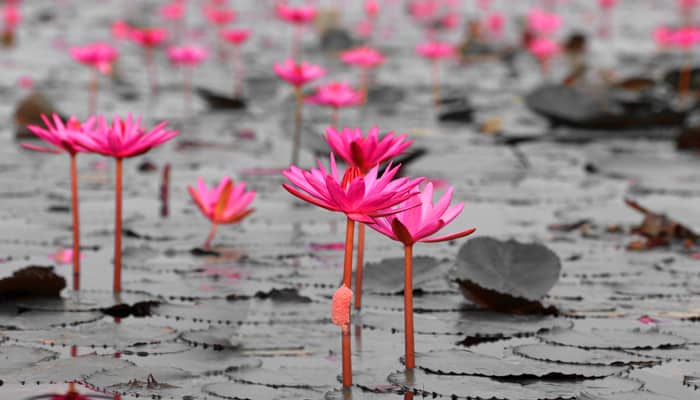 Article: Understanding the Nature of Suffering and Personal Responsibility: A Buddhist Perspective for the Modern Therapeutic Context

Summary: We have the power to understand the ways we cause ourselves to suffer and how we can create a more positive reality. This is what personal responsibility means. It does not mean that if we are suffering we must be inherently lacking in some way.

Buddhism is sometimes viewed as a pessimistic philosophy by the casual observer. Its emphasis on suffering is misunderstood as a misplaced focus for a spiritual path. But, in actuality, Buddhism’s focus on suffering actually provides a path out of that suffering. Suffering becomes a vehicle through which one can explore and understand the self.

Thanisaro Bikkhu, a modern, American-born Buddhist monk, summarizes the Buddhist approach to suffering and its potentials for opening doorways to the understanding of the deeper self:

“In this sense, pain is like a watering hole where all the animals in the forest – all the mind’s subconscious tendencies – will eventually come to drink. Just as a naturalist who wants to make a survey of the wildlife in a particular area can simply station himself near a watering hole, in the same way, a meditator who wants to understand the mind can simply keep watch right at pain in order to see what subconscious reactions will appear. Thus the act of trying to comprehend pain leads not only to an improved understanding of pain itself, but also to an increased awareness of the most basic processes at work in the mind.”

When this perspective is applied in a modern therapeutic context, the process of understanding the self has many new potentials open to it. One of the first aspects to explore in this field of new potentials, is: where is the suffering coming from, and how is it being generated?

Buddhism offers an answer to this question in the form of the Four Noble Truths. These have been elucidated in several ways, but a basic summary is:

Buddhism is a deep and far reaching philosophy, and it can take lifetimes to follow all the paths that lead out of these four statements. Let us focus on one aspect of what is causing our suffering indicated by the Four Noble Truths and bring it into the modern therapeutic context. This is a fundamental truth about the nature of our suffering and our pain of which most of us are ignorant: that we create it.

The “Mind Only” school of Buddhism states that a person’s experience of reality is a projection of his own mind. Therefore, if one is unhappy, or even if one is physically sick it is because the person’s mind or spirit is generating that unhappiness or that sickness. It is generally understood that there is something for one to learn from that projection of unhappiness or sickness into the field of material reality. The task is to enter into a process of listening to the sickness or the unhappiness to understand what it is showing the individual about the state of his spirit or mind.

The view that one is responsible for one’s imbalance has gotten distorted in the several schools of thought which have gained popularity in new age circles. One arises from the populist Hindu distortion of understanding of how one finds oneself in difficult circumstances, which is: if I am having a bad day, I must have made someone else’s day bad in another lifetime; so I deserve to have this bad day and I can have no hope of ever having a good day unless I submit totally to this bad day. This is a form of crowd control that the Indian culture has used to great advantage to maintain a caste system which is inherently unjust and contributes to the suffering of a large number of people who find themselves in the lower castes. The key difference between this view and the Buddhist view is that there is learning to be done about how one came to be having this bad day and how one can correct it. The idea of shame or guilt or blame is absent. And the idea that one has no control over one’s circumstances for foreseeable futures is absolutely rejected. By bringing this perspective into the modern therapeutic context, patients are empowered in ways that are impossible if they feel powerless in the generation and resolution of their pain.

Another distortion, which arises from Christian Science-influenced New Age circles, is that you are sick because you have not prayed hard enough and if you don’t pray hard enough you will die and that will prove that your faith was not strong enough. The New Age version runs something like this: You have created this sickness and if you can’t un-create it, your realization of the mystery of life is lacking. In both of these views, there is the sense of blame, shame, or guilt for not being good enough. Again, the key difference between this view and the Buddhist view is that there is learning to be done and that movement toward balance is possible through the understandings emerging from that learning. And further, even if one dies in the process of trying to understand and listen to one’s sickness, one can still gain a tremendous amount of insight which is not lost to one’s spirit as one moves from one lifetime in manifest physical reality to the next. Again, patients are empowered by listening to the causes of their imbalance and learning what it is their imbalance has to teach them about themselves. The empowerment that comes from having taking responsibility in this context is tremendous. It allows the individual to enter into a conversation with the universe about his personal situation in a way that would be impossible if he were not taking responsibility for his life circumstances.

By firmly placing responsibility for the nature of our reality in the hands of the individual, we understand we are not victims of the Universe. We are not powerless to this circumstance. If we have the power to create a negative reality through addiction or through recurring physical problems, then we have the power to create a positive reality. It is simply a matter of understanding how one is generating one’s own suffering. Through coming into an understanding of how we generate our own suffering, we become able to grapple with the causes of our symptoms.

This view is strong medicine for those entrenched in healing paradigms where the patient is not held responsible for the generation of his own reality and is therefore rendered powerless. This is not seen as a problem in these kinds of paradigms, because the healers receive a lot of power along with the responsibility they take on to heal the patient. It is an arrangement that suits both parties: the healers want the power so they take responsibility. The patients don’t want the responsibility so they are willing to give up their power.

It looks like a good arrangement for the two parties. But, like all codependent relationships, which can be defined as “I’ll take something you don’t want if you give me something I do want,” there is a rather costly downside. This downside is evidenced in practitioner burnout. One source of this burnout is the fact that practitioners are required to do the impossible: to heal someone who is not engaged in the healing process. The downside is also evidenced in the general breakdown in paradigms that have become dependent on chemical medicines to make up for the gap in responsibility. Dr. R. L. Moscher, one of the great contributors to modern psychiatry, resigned his membership in the APA in 1998 because of what he termed “the unholy alliance” between the pharmaceutical companies and the medical profession in the treatment of children with antidepressants.

By creating a therapeutic environment where it is understood that personal accountability is fundamental, we can provide a viable alternative to some of the imbalances in the therapeutic paradigms where personal accountability is overlooked. By helping a person understand that he creates his own reality, and providing the map of understanding of one’s aversions and desires and the nature of one’s unconsciousness, Buddhism offers the modern therapeutic context new pathways to balance.

One of the most important insights leading up to the Buddha’s awakening was his realization that the act of comprehending pain is at the essence of the spiritual quest. By taking responsibility for our pain, we can stay focused on what pain is telling us about our experience. Staying close to the pain and following its evolution through the different levels of being, provides a very important grounding mechanism as we seek to understand ourselves.