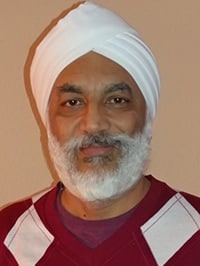 Ravi is a reiki practitioner, shamanic healer, and practices Depth Hypnosis. He has been part of the Sacred Stream since 2010 and currently hosts our quarterly Drum Circles, a free community event and the oldest ongoing drum circle in the SF Bay Area.

He received his reiki training from Malia Okin in San Francisco in 2009. He has been practicing ever since. He started to volunteer at Vibrantreiki’s low cost Reiki clinic in 2010 and by 2011, he has been running the clinic, managing the schedule and the volunteer practitioners. He received further training in Karuna Reiki and Lightarian® Reiki in 2011 from Anna Dorian of Vibrantreiki. He incorporate all three during reiki sessions with clients.

Ravi has also been dabbling with Shamanism since 2010 and received formal Shamanic training in 2013 at the Foundation of the Sacred Stream in Berkeley under the guidance of Dr. Isa Gucciardi. He has also received in training in Depth Hypnosis and is in the process of becoming a certified Depth Hypnosis practitioner.