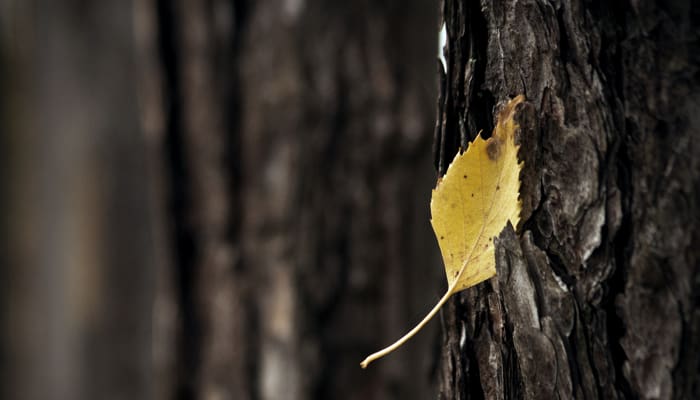 Summary: A case study is presented, where Depth Hypnosis is used to help a client experiencing PTSD from childhood abuse.

Post Traumatic Stress Syndrome is a surprisingly pervasive disorder suffered by hundreds of thousands of people in the United States alone. Formerly referred to as shell shock in World War I and World War II soldiers, and later named Post Traumatic Stress Disorder (PTSD) in Vietnam veterans coming home from the war, it is now recognized by the American Psychological Association (APA) as a legitimate psychological disorder, affecting many people, military and otherwise. The causes of PTSD vary, but the common factor is usually a traumatizing event. Any long or short-term event, such as an accident or physical abuse, can permanently affect a person and cause PTSD.

Modern psychology has been helpful in describing and categorizing the ways in which PTSD presents itself in the form of panic, dissociation, hallucinations, and other phenomena. However, the attempts of the APA and others to understand the disorder have yet to provide any substantial long-term alleviation of it. In most cases, medications are prescribed to address the symptoms of panic and lack of sleep, but they do not offer definitive ways of resolving the underlying causes.

Depth Hypnosis is a therapeutic model that does offer an effective method for working with PTSD type symptoms. The alleviation of these symptoms depends upon identifying the traumatizing event and then integrating the emotions that were not processed at the time of the event. Depth Hypnosis provides the practitioner with techniques for identifying these symptoms related to PTSD, and for integrating the event and its severe effects within the client’s psyche. In order for this to happen, the practitioner must create a safe space that enables the client to enter the time and place where the trauma occurred, allow abreaction to the extent that the client feels safe to do so, help the client transform their relationship to the trauma, and integrate the experience into the client’s being.

I have worked with numerous clients suffering from PTSD-type symptoms and Depth Hypnosis has been effective in improving or entirely alleviating symptoms in most of them. A client i will call Elisa described her experience with physical childhood abuse as “beaten dog syndrome.” She explained how, as an adult, she still involuntarily flinches when someone yells or moves towards her too quickly, much like an abused dog will flinch when you raise a hand to it. The more debilitating affects of this abuse manifest in my client’s lack of confidence, fear of confrontation, depression, Attention Deficit Disorder, and suicidal thoughts.

When Elisa first started seeing me for counseling, it was to address a problem she had with confrontation and depression. Whenever she experienced confrontation, she shut down and was sometimes debilitated for days. I began by questioning her about her childhood and using a Depth Hypnosis technique called Insight Inquiry. I discovered that she had been abused by both parents as a child. During this process, it took some time for Elisa to see and acknowledge the abuse. She had been under the impression that her childhood had been good and that the punishments she endured, including beatings with belts and being locked alone in a room for hours at a time, were normal and that she deserved the punishment.

It took many months to reach the core traumatizing event, a severe beating with a belt by her father, which took place when Elisa was four years old. This was not a new memory for her, although her recollection of the event had always been void of emotion. After doing light trance work for several sessions, however, Elisa was able to get in touch with the full emotion of the event and gain even more of the memories surrounding it. In the trance she recalled the shock of betrayal as her father, a person she loved so much, turned on her. She was bewildered because she felt responsible and did not understand what she had done to cause this event to happen. She also realized that a memory she had thought was unrelated was actually part of the same event.

It is interesting to note that Elisa was so overwhelmed by the fear and pain caused by this particular beating that her mind actually compartmentalized the memory, breaking it down into manageable segments. When she was finally able to go back and relive the event in a hypnotic state and see more clearly what had happened, she was able to integrate the separate parts back into one whole memory of the traumatizing event. The following are the words of my client, reprinted by permission:

“What I remember is my father dragging me down the hall. I was crying “No Daddy. Please Daddy.’ I had done something wrong, though I don’t know what and he was pissed. He made me pull down my pants and lay face down on the bed. I think I checked out then, because I can’t remember the physical pain or how long it lasted. It seemed like a pretty long time. My next memory is of me sitting on my bed looking out the window and thinking that the whole world was over. I can only describe it as something in me had left. It had died. I then recall sitting in front of my dresser with my baby clothes trying to put them on. I think I must have been left alone in my room for a pretty long time because during the beating it was light outside and when I was trying on the clothes it was dark.”

Using Depth Hypnosis techniques, I worked with this client to transform her relationship to the traumatic event and dismantle the defenses she has built-up in reaction to it. As a result, she is now better able to handle confrontation and she reports that her depression has lessened and her suicidal thoughts have dissipated. We also spent many more sessions integrating her memory of the traumatizing event by going deeply into her anger and fear while she was in a safe space. She also did the important work of connecting with the part of her that she described as “having died” at the time of the event, and we integrated the powerful emotional content contained there. It is important to note that Depth Hypnosis techniques do not involve simple suggestion hypnosis or re-scripting of the traumatic event. Instead, they provide an in-depth exploration into the psyche, and the places where the psyche stores memory and trauma. It is a process in which the client always actively participates.

While Depth Hypnosis is not the only means of alleviating symptoms of PTSD and other psychological disorders, it does seem to help clients on a long-term basis. There is a great deal that we do not understand about the psyche and trauma-related disorders, but, through work of this kind, we can learn more about PTSD and ourselves in general. In the end, it is the courage and hard work of the clients who make healing possible.