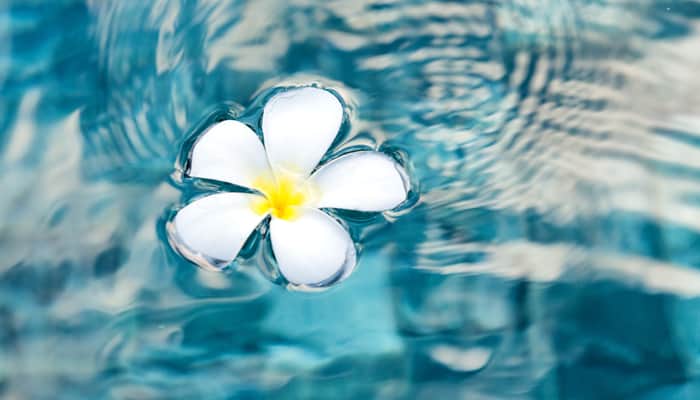 Summary: The Buddhist Eightfold Path has relevance for psychologists and other mental health professionals, both in terms of the positive effects of mindfulness-based therapies and in terms of the ethical necessity that therapists and counselors engage in continued work on themselves. Some of the relevant literature is reviewed.

The idea that there is a connection between Buddhism, in particular mindfulness practice that is derived from the principles of the Eightfold Path, and psychology, is not new. There are numerous books, research studies, and even college courses on the subject.

Many prominent psychologists, theorists, and scholars have cited the relevance of Buddhism. Leading Buddhist scholar and professor at Columbia University, Robert Thurman, in his book Infinite Life, suggests that Buddhism is the original psychology. Most recently, cognitive psychology has given the most attention to the study of Buddhism, mindfulness practice, and meditation. Yet, interest in these subjects dates back to the origins of the field. One of the early pioneers in psychology, William James, in his Varieties of Religious Experience, even makes reference to the functional relevance of meditation.

James’s interest in Buddhism was quite extensive. In his book, William James and Buddhism: American Pragmatism and the Orient, David Scott describes an incident that demonstrates this fact. When the Buddhist, Dharmapala, attended a lecture of James’s at Harvard. James was quoted as saying to him, “Take my chair. You are better equipped to lecture on psychology than I.” And after one of Dharmapala’s own lectures, James declared, “This is the psychology everybody will be studying twenty-five years from now.”

More recently, in an article in Psychology Today (“Buddhism and the Blues” by Hara Marano, May, 2007), Marano asserts that a comprehensive science of the mind requires a science of consciousness. He goes on to quote MIT geneticist, Eric Lander, Ph.D., who describes Buddhism as “a highly refined technology of introspective practices that provide systematic access to subjective experience.” The article also cites the Dalai Lama (scholar, Nobel prize winner, and head of the Tibetan Buddhist tradition) who says that psychology and neuroscience have gone nearly as far as they can go in understanding the mind and brain by measuring external reality. He suggests that the sciences need to borrow from the knowledge base that Buddhism has long cultivated in understanding inner reality and the nature of consciousness.

There have been many new developments in the uses of Buddhism, in particular mindfulness practice. Many studies are being made, and programs implemented, regarding the use of Mindfulness Based Cognitive Therapy (MBCT) to aid in the prevention of relapse in depression. For example, Zindel Segal (Toronto), Mark Williams (Wales) and John Teasdale (Cambridge) have been investigating how meditation might help people stay well after recovery from depression. The University of Oxford Center for Suicide Research webpage describes Mindfulness Based Cognitive Therapy as helping “participants to see more clearly the patterns of the mind; and to learn how to recognize when their mood is beginning to go down. It helps break the link between negative mood and the negative thinking that it would normally have triggered. Participants develop the capacity to allow distressing mood, thoughts and sensations to come and go, without having to battle with them. They find that they can stay in touch with the present moment, without having to ruminate about the past, or worry about the future.”

The results of a test on the effectiveness of MBCT showed that MBCT significantly helped those who had suffered the most number of previous depressive episodes. A study in 2000 showed that it substantially reduced the risk of relapse in those who had three or more previous episodes of depression (from sixty-six percent to thirty-seven percent). Participants reported being able to develop a different (“decentered”) relationship to their experience, so that their depression-inducing thoughts could be viewed from a wider perspective as they were occurring. (Teasdale, J.D., Segal, Z.V., Williams, J.M.G., Ridgeway, V., Lau, M., & Soulsby, J.; (2000) “Reducing risk of recurrence of major depression using Mindfulness-based Cognitive Therapy”. Journal of Consulting and Clinical Psychology, 68, 615-23.) Helen Ma and John Teasdale in Cambridge found the same pattern of results, with MBCT reducing the rate of relapse from seventy-eight percent in those with three episodes or more, to thirty-six percent.

Important to mindfulness practice is meditation. In a 1987 article in the American Journal of Psychotherapy (Vol. XLI, No 2, 286-298), Dr. Michael M. Delmonte suggests that there are commonalities between meditation and Freudian psychotherapy. In particular, they both seek to uncover unconscious mental processes underlying behavior. Mindfulness meditation specifically allows for mental processes and contents to emerge, allowing for detached observation. This he compares to psychoanalytic free association, during which an individual allows for the emergence of thoughts and ideas without consciously censoring them.

Additional comparison to Freudian analysis and meditation points to the Freudian concept of primary vs. secondary mental functioning: primary functioning being, according to Freud, a non-verbal type, and secondary functioning being more linguistic and reality oriented. Meditation offers a means of becoming aware of these thoughts in order to gain insight into how one’s mental processes operate. In a 1976 article contained in Research and Communications in Psychology, Psychiatry, and Behavior, S. Abdullah and H. Schucman state that concentrative meditation, or the focused use of repetition such as a mantra, focus on an object, etc., may inhibit analytical and logical thinking, thus allowing unconscious and conditioned thoughts to be revealed.

Many important studies have been conducted on the effectiveness of meditation to control intrusive thought, among them is a study conducted by Franco Fabbro and Amir Muzur on the effects of meditation on the ability to control spontaneous intrusive thought. In the article, “Effects of Praying and a Working Memory Task in Participants Trained in Meditation and Controls on the Occurrence of Spontaneous Thoughts,” in Perceptual and Motor Skills, they report that groups of individuals trained in meditative techniques were found to have fewer intrusive thoughts than a control group in a task using the recitation of the Ave Maria prayer as an articulatory suppressant, and a working memory task in the form of numerical memorization.

The Eightfold Path is essentially a set of practical guidelines designed to enhance ethical and mental development. Yet, they are more than a set of guidelines as they describe a state of being, commonly referred to as mindfulness. Mindfulness describes a state quite similar to the concept of Self Actualization first defined by Kurt Goldstein and later used by Maslow in his hierarchy of needs theory. In “Toward a Psychology of Being,” Maslow states, “Self Actualization is the intrinsic growth of what is already in the organism, or more accurately, what the organism is . . . the human being is so constructed that he presses toward what most people would call good values, toward serenity, kindness, courage, honesty, love, unselfishness, and goodness.” In essence, the Eightfold Path offers a methodology and tools for cultivating the Self Actualizing state.

In the General Principles section of the APA”s Code of Ethics (2002), it states that the intent of the General Principles is to guide and inspire psychologists toward the very highest ethical ideals of the profession. Further, Principle A: Beneficence and Nonmaleficence, states, “Psychologists strive to be aware of the possible effect of their own physical and mental health on their ability to help those with whom they work.” The importance of the psychologist’s work on himself, both personally and physically, is significant, necessary, and has direct bearing on the experience of the client. Therefore it is important that he be engaged in a path that seeks to cultivate and expand the state Maslow described as Self Actualizing. When he is engaged in this process, he is more likely to make moral and ethical choices arising from this deeper knowing, rather than from a concern or fear of consequences. The mindfulness practices of the Eightfold Path greatly benefit psychologists engaged on this Self Actualizing path, and thereby their clients benefit as well.

In conclusion, Buddhism requires clear thinking and critical scrutiny, not dogmatic adherence or blind faith. For this reason, it is more an educational tradition than a religious one. As a field of study, it has much to offer the practice of psychology, particularly because both fields of study contain a strong emphasis on self-understanding as the vehicle of liberation from emotional distress, and other forms of suffering. One can draw on this expanded Buddhist understanding of the self to broaden the inquiry into ethical practice in the field of psychology. It does this by allowing for elements of the inner reality of the self to be considered in the process of understanding what motivates the individual toward ethical engagement. It also allows that expanded definition to inform how ethical engagement is defined and measured in the field of psychology.