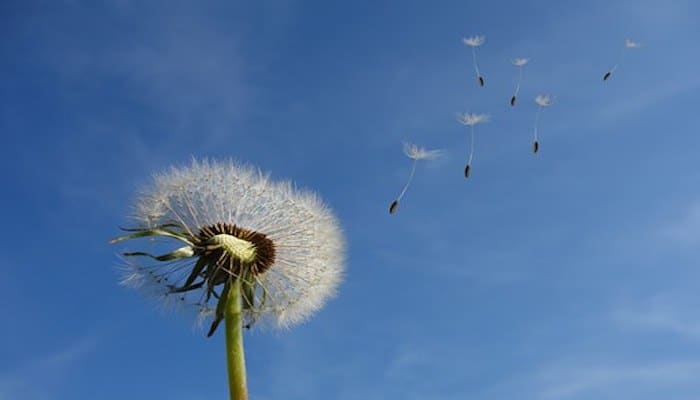 Blog: Encountering the Self: My Journey with Depth Hypnosis

The most critical choices I have made in my life have rarely been the ones that were researched, well thought-out, and intentional. At best, I’ve stumbled into them, and many times I’ve been full of resistance and struggle. These have been the watershed moments that could only be seen and understood in retrospect. Only after I’ve witnessed how a single, hesitant “Yes” could totally change the course of my life. There have been a handful of these critical moments, but perhaps the most significant has been my encounter with Depth Hypnosis.

It was 2006, in my second year of graduate school at UC Berkeley, that I finally decided that it was time to get a handle on my eating disorders. The emotional and mental energy they required was relentless and exhausting, and they had been taking a physical toll off and on for years. What really got me moving, though, was an offhand comment from the man I was dating at the time: “It seems like the only time you’re happy is when you’re a little bit starving.” I laughed it off, but the truth was, he wasn’t wrong.

I went through the humiliating intake process in the University health clinic, ultimately landing in their mental health offices, and promptly being referred out for ongoing treatment by a psychologist in the community because my issues went well beyond the scope of what they could handle. This is where I received my first miracle, courtesy of the universe. I called and left messages with at least half a dozen psychologists and only one called me back. When I started working with my therapist, I had no idea that she was recently trained in the Depth Hypnosis method – I only knew that she was the only one that called me back.

Our first several meetings were fairly standard, but she quickly saw that the healing I needed was much deeper than what is traditionally offered by Western approaches. The first several times she suggested trying Depth Hypnosis, I refused. No way. Absolutely not. I did not want to be hypnotized no matter how much good someone said it could do. I will go so far as to say that I was actually triggered by the suggestion. To me, the word “hypnosis” meant a loss of control, and there was zero chance that I was giving up even an inch of control over my psyche. Eventually she explained that it was more like a guided meditation, that I would be in complete control at all times, that I was the one dictating my experience, and that I could stop at any time just by opening my eyes. I very reluctantly agreed to try it as a form of relaxation, which we both agreed I desperately needed. I had no idea that this reluctant “Yes” would alter the trajectory of my entire life.

Looking back on those first few sessions, I can now see that what felt confusing and vague was actually deeply profound. I was able to encounter myself in a way that I had never experienced before. The rigid and carefully controlled ego to which I was so desperately clinging was put on pause so that I could encounter myself, my experiences, and my emotions in a way that was safe and deeply healing, even when I wasn’t aware that any healing was taking place.

A central feature of the Depth Hypnosis model is meeting and working with a compassionate guide that you discover within yourself. My lack of trust, fear of the unseen, and power loss were all so intense that this was not possible for me for a very long time. I was slow and reluctant to open up to an inner landscape that I had worked hard to totally close off. The beauty of the method and the practitioner that I had found was that we could just keep working, slowly, gently, compassionately, until I finally had enough power to see for myself. What I learned about Depth Hypnosis during this time was that there are so many tools! There are many doorways into the self, and your soul is practically begging you to step through any one of them. Depth Hypnosis offers entry through so many of those doors. When all of the typical paths were closed to me, there were still many ways that Depth Hypnosis could meet me in the process of healing.

I worked with my practitioner for close to three years before I moved to Boston for my postdoctoral work and the most harrowing 18 months of my life. In a very strange twist of fate, I was asked to come forward about the sexual abuse I suffered in my teenage years, which led to a trial and successful prosecution of my abuser. With no Depth Hypnosis practitioners in the area, I spent that time working with a cognitive-behavioral therapist, but I desperately longed for the deep healing that I had found with Depth Hypnosis. As soon as I could, I found a job back in the San Francisco area and immediately began working again with my Depth Hypnosis practitioner.

My first year back was a very dark time for me. The trial was wrapping up, I was estranged from my parents, and it felt as though my life was in absolute shambles with no path out and certainly no light in sight. However, something in me really shifted during this time. I recognized that if I didn’t want my life to be defined by these narratives, then I was the one that was going to have to change them, regardless of who was responsible for all that had happened to me. I threw my faith into yoga and Depth Hypnosis, and began journeying daily (the Shamanic journey is synonymous with the visual meditations used in the Depth Hypnosis model). This is when my healing process became truly catalytic.

One of the most powerful aspects of the Depth Hypnosis model is that it empowers the client to become their own healer, their own Shaman. As you develop trusting relationships with your guides and your own inner knowing, the world opens up to you – both internally and externally. After all of the hard work I had done with my practitioner, I now had a method inside myself for meeting myself in my suffering and healing the wounds, patterns, and imbalances that arose from that suffering. During all those years of work, my practitioner was not just helping me heal, but showing me how to be a powerful healer for myself. She had given me wings, and for the very first time, I flew.

I changed overnight. A life that was previously unbearable was now rife with opportunity. I immediately wanted to know more about Depth Hypnosis, because to me, it was nothing short of miraculous. I began taking classes with Isa Gucciardi at the Foundation of the Sacred Stream to deepen my understanding of the self, and to continue my own healing journey.

Within the first few months of taking classes at the Sacred Stream, I had decided that I wanted to become a Depth Hypnosis practitioner. I made a 5-7 year plan to quit my job and start a new career in yoga and Depth Hypnosis counseling. Within a year, my career had become so untenable, mostly as a consequence of how deeply I had changed, that I could not ignore the call to service and my 5-7 year plan became a 1 year plan. In 2014, I ended my career in the pharmaceutical industry and began a practice in Depth Hypnosis counseling.

My work as a Depth Hypnosis practitioner has been deeply fulfilling. I am often asked if it is hard to work in a profession where you spend all day wading through suffering. The first few times, the question seemed so foreign that it caught me off-guard because my answer is “never.” My own experience of deliverance has given me such tremendous hope and faith in the power of the human spirit to heal, that as I sit with another in their tragedy and pain, I never lose sight, even for a moment, of the knowledge that they can heal.

The moment of raising the white flag, of asking for help, is the moment we’ve finally cracked enough for healing to take place. The Depth Hypnosis approach is so thorough, flexible, and integrating that you can work and make progress in even the smallest of cracks. And I have first-hand knowledge of just how small those cracks can sometimes be! But there is always a way to do good work, and there is always hope.

In my nearly 14 years of working with Depth Hypnosis, my relationship to it has changed from using it as a tool for growth and healing, to living and breathing the work. Yes, it is an excellent approach for going deep into the self to heal and rewire our patterns and ways of being, but in the end it becomes a lifestyle. I have learned how to show up and really be present with myself and others when things are uncomfortable or hard. Depth Hypnosis gives you the ability to meet life with presence and grace, and I am forever grateful for how it has changed my life.

Denise Colby is a certified Depth Hypnosis Practitioner in San Francisco, CA. She holds a doctorate degree in Chemistry from the University of California, Berkeley, and spent several years working in the biotech industry while pursuing studies and certifications in yoga, Depth Hypnosis, and energy healing. Her scientific background combines with a holistic approach to treating the mind, body, and spirit to create a patient and pragmatic approach to healing. Her work is rooted in a deep and compassionate understanding of the coping mechanisms and behavioral adaptations that arise from the difficult circumstances encountered in childhood and throughout life. You can visit Denise’s website to learn more about her practice.