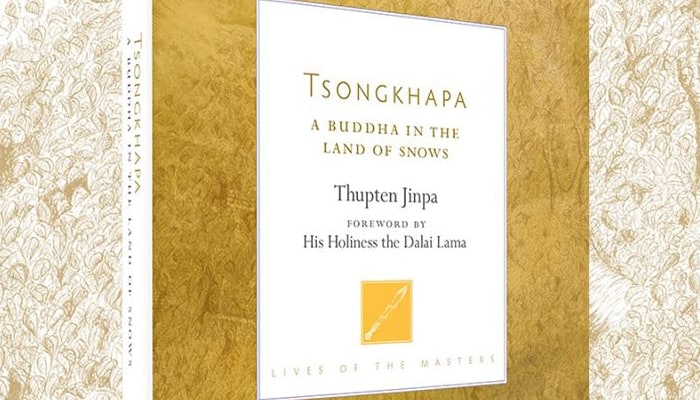 Video: Isa Gucciardi, Ph.D.: Tsongkhapa: A Buddha in the Land of Snows

We are lucky to be living in a time where we have so many erudite scholars to help guide the course of Buddhist thought. Principal among them are His Holiness, the Dalai Lama and his main English language interpreter and translator, Dr. Thupten Jinpa. Jinpa has recently written a book about perhaps one of the greatest scholars in Tibetan Buddhism, Je Tsongkhapa. Tsongkhapa lived in the late 1300s and inspired a renaissance in Tibetan Buddhist thought, founded the Great Prayer Festival and established the Gaden Shartse monastery.

In this talk with the San Francisco Dharma Collective, Isa Gucciardi explores Jinpa’s new book, Tsongkhapa: A Buddha in the Land of Snows, which so skillfully brings Tsongkhapa to life. The book offers a unique lens on Tsonkhapa’s relationship to Manjushri, the Buddha of wisdom, which is the focus of this talk and meditation.