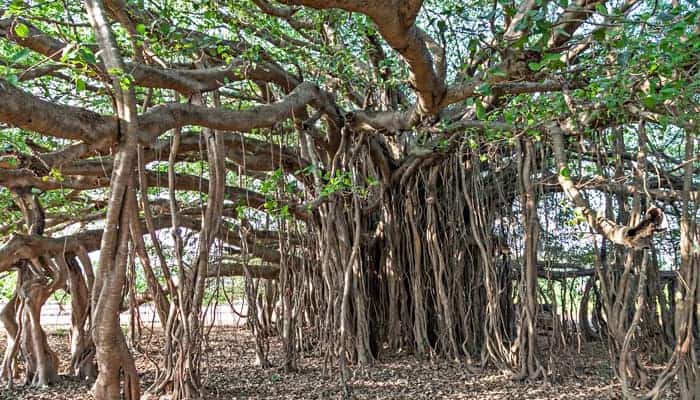 Blog: Journey On It: Reconnecting with the Earth’s Wisdom

In societies whose stories and wisdom emerge from the Earth, the Earth was often understood to have two important aspects to it: the unseen and seen. This meant that every tree had its physical aspect in the form of the tree that we can see with our five senses. But it also had another, more hidden one. This aspect is often referred to as the “spirit” of the tree.

In most Earth-based wisdom traditions, every element of the Earth was believed to have its own enlivened essence. The essence of rocks was considered to have a different quality and direction than the essence of trees. The seeker sought to understand the essence of each of these forms and tried to learn what this essence might have to offer humankind. For example, the practice of listening to the essence of plants to see what medicinal effect they might offer is part of every Earth-based wisdom tradition. The shamanic journey is also a way of listening to the forms of the Earth. But with the journey, the forms are encountered internally rather than through the direct interface with them in the natural world.

The people who were most adept at perceiving the unseen wisdom in the forms of nature were called seers, or medicine people. In Australia, they were sometimes called “dreamers.” Each culture has its own language for describing the seers of their community. In our culture, we have adopted the term “shaman” to refer to the seers and healers of every indigenous culture. This is a Tungusic word from northern Asia that means “he who knows.” In indigenous cultures, the shaman is the doctor, minister, educator, and teacher of their societies.

Today, modern people have lost track of their relationship to the power of the Earth externally and this has caused us to lose touch with the deeper experience of the Self internally. This loss has left many of us in a state of imbalance that cannot be corrected without a rediscovery of the Self and a renewing of the relationship with the Earth.

This disconnection from the Earth has led to a resurgence of interest in the study of the practices of indigenous people in recent times, and many people are turning to practices like the shamanic journey to help them open to the part of themselves that has been disconnected from the Earth.

My first experience with the shamanic journey was in the 1980s. It was a profound experience and one that complemented my years of Buddhist and meditative practice. As I studied with different Western and indigenous practitioners, I wondered what it would be like for people to work with it in a therapeutic setting. At first I was met with resistance from psychologists and shamanic practitioners alike. But as I developed my method for working with the journey, using it as a point of inquiry into the deeper issues of the psyche, I found that people not only benefited from it, but also thrived.

The journey has become an important part of my practice, and I believe it has significant implications for our time and for modern people. In my work and the work I share with my students, the journey has become a practical way to address issues of imbalance within the psyche. It helps people move beyond the rational mind, which is locked into calcified habits and ways of thinking. It helps us gently shift our focus from the narrow view of the rational mind, to the larger aspect of our experience. Working with the journey in this way provides us with a compass and teaches us how to use it. It offers direction without any demand that we take a particular or specifically prescribed direction. It connects us to inner guidance and helps us develop trust in ourselves.

Think about how you related to plants, animals, and the natural world in general, when you were a child. Sit with a tree at lunchtime. Spend time with an animal and see if you can see the world through its eyes. The journey reestablishes a connection with the wisdom of the Earth in a practical and accessible way. When we adapt the processes of the shamanic journey to the modern crisis of disconnection, we have a way home to our natural state of connection with the Earth, each other, and ourselves.