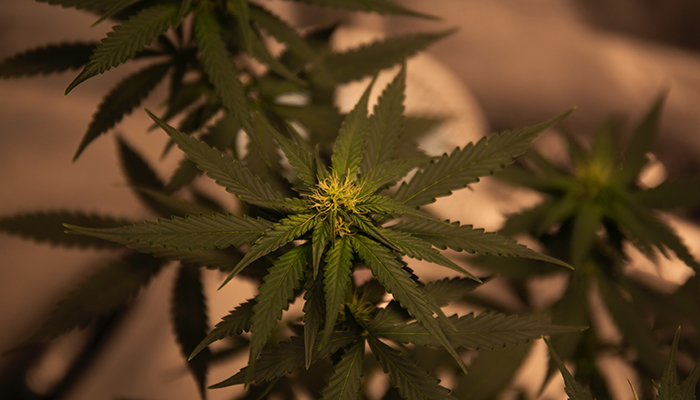 Editors’ Note: Valerie Burke, sometimes better known as the “Shungite Queen”, has a Bachelor’s degree in Geology, and a Master’s degree in Nursing Sciences, and has been a psychotherapeutic practitioner. She now combines all of her talents and skills as an artist, healer, and geologist to make shungite art and jewelry. Shungite is a rare Russian rock that is naturally EMF protective. This guest post was originally published on Valerie’s blog. Visit shungitequeen.com to learn more about shungite and her work.

Imagine trying to swim across the English Channel wearing a space suit with one arm tied behind your back. Wearing snow shoes, blindfolded and drugged.

Before finding CBD, that’s what my life had been like when it came to my health.

As far back as I can remember, my life has been riddled with an endless string of odd and seemingly unrelated symptoms. Hormone imbalances. Chronic pain. Relentless, intractable headaches. Weird and unexpected reactions to things. Weight gain.

I don’t ever recall being healthy – at least for very long.

My childhood was marked by frequent colds, infections of one kind or another, and mysterious aches and pains for which there was never any medical explanation.

Prevailing medical opinions: “It’s all in her head.”

In the 1990s, I had a total hysterectomy for chronic ovarian cysts and endometriosis that no hormone regimen could control. They found massive abdominal adhesions that wrapped around my insides in a tangled, angry web.

The diagnosis of “fibromyalgia” was the best they could come up with.

By my early 30s, I had also developed osteoarthritis resulting in three orthopedic surgeries by the age of 40 – one hip and two knees.

I DID feel like my head was exploding, and it wasn’t just the migraines. Just nothing made sense.

All of these seemingly unrelated conditions had taken a monumental toll on my life – personally and professionally.

Out of sheer will and abject determination, or perhaps defiance, I made it through a master’s degree in nursing. By then, the pain was so debilitating that I was unable to sustain a professional practice for more than a couple years.

But there WAS a silver lining – I was guided to natural medicine. No surprise there as Western medicine had not exactly worked wonders for me.

For the next 20 years, I became obsessed with natural medicine. With better diet and nutrition and a plethora of natural treatments and lifestyle modifications, I did improve. I was able to work from home as a writer, and later as an EFT practitioner. However, the migraines worsened and eventually became a daily and sometimes hourly struggle.

In 2009, a new primary doc finally decided to scan my head. At last, something was found that connected a few dots: a tumor on my pituitary gland – a pituitary adenoma to be exact.

I laughed to myself, “They were right after all – it IS all in my head!”

In terms of size, the lesion was on the edge of requiring surgery, but surgery was not a viable option due to its situation near my optic nerve.

At least I knew what I was dealing with.

For the next 10 years, I tried everything – followed every lead, dove down every rabbit hole. Piles and piles of supplements, homeopathics, herbs, German medicine treatments, acupuncture, craniosacral therapy, energy work, ozone therapy, hyperbaric chambers… you name it!

I was the proverbial human guinea pig until what little savings I had tucked away was completely gone.

The tumor didn’t budge but at least it hadn’t grown. Sadly, however, the migraines only persisted and worsened.

In February 2019, my newest alternative medicine MD recommended that I try a hemp-based CBD for my headaches. By then, I had pretty much decided this tumor was a permanent sidekick and I just wanted to find something to ease the pain.

I was reluctant to try CBD because I had taken it twice before without any success. My new physician said I needed to be on a VERY high dose – much higher than what most people would even consider. We’re talking 150 to 300mg per day. This recommendation came from a naturopathic colleague of his who specialized in the use of CBD for cancer patients – pain control in particular.

I thought, what the hell – I’ll bite.

Within three days, my headaches began to abate somewhat, and the pain in the rest of me decreased substantially. It was like my body was experiencing a slo-mo blanket of calm for the first time in years.

With every passing day, I felt better and better. The only side effect was a little afternoon sleepiness – a small price to pay for the relief I was feeling.

Since 2008, I had been having annual brain MRIs to monitor the tumor, and in April 2019 I was due again. On April 2 I had the usual. On April 4, I received a voice message from my doctor’s office, “Please call the office about your MRI result.”

My first response was to PANIC! This was THE phone call I had always dreaded – the tumor had finally grown and that meant brain surgery.

When I caught up with the nurse, it was a completely different story. The tumor had not grown – it had SHRUNK! And not just by a little but by 68 percent. In fact, it was no longer protruding up above the pituitary gland, no longer encroaching on my optic nerve.

I was so incredulous that I requested a second radiologist read my MRI images. He concurred that it had indeed shrunk by that amount.

The only thing I’d changed was the addition of CBD to my regimen – and the really mind-blowing part was that I’d been taking it less than two months.

May 2020 – one year later – I had another MRI that showed the tumor was 100 percent gone, with no trace remaining. I am currently due for another scan, which I hope will show the same.

The headaches are better but not gone. I think the tumor was contributing to those, but there are other factors yet to be revealed. I’ve had some excellent healthcare practitioners along the way, and headaches are complex.

I feel compelled to share my story in case it might help you or someone you love.

Studies are mounting that CBD may be beneficial in a multitude of ways, and brain health is merely one.

CBD turned out to be MY miracle cure, but I tried a thousand other things that were OTHER people’s miracle cures that didn’t work for me. Nothing works for everyone. The message is to persevere. Yes, it IS hard and no one appreciates that more than I.

Feel free to share my story with others. I’m here to tell you, there is hope!

I have tried quite a few CBD formulations and brands, and I have finally settled on one that I can wholeheartedly recommend. If you are interested in more information, I invite you to check out my CBD page.