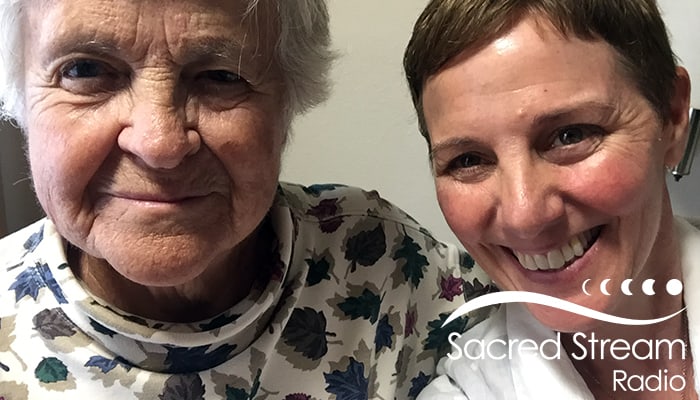 Description: Marjorie (Margarita) Melville is an activist, educator, and former Maryknoll nun. Along with her husband Thomas, she is the co-author of Whose Heaven, Whose Earth—written about their time in Guatemala and the circumstances that led to their decision to join the resistance. At age 88, she is still very active, living in Mexico, but making the five-hour drive once a month to San Diego to visit friends and family. Laura caught up with her at the Vagabond Inn in Chula Vista, California. In part one of this two-part episode, Margarita talks about her time as a Maryknoll nun, her activism in Guatemala, and the Catonsville Nine action that resulted in her spending time in prison.

Melville was born in Mexico of American parents in 1930 and entered the Maryknoll order in 1949. In 1954, she was assigned to Guatemala where she taught students from elementary to university levels. She worked with university students on labor and literacy issues and was expelled in 1967 for involvement in the “internal politics” of the country. She left the Maryknolls and married former priest Thomas Melville in Mexico in 1968. The Melvilles returned to the United States in 1968 to work to change U.S. Latin American policy. She became involved with the Catonsville Nine as a way to bring attention to the plight of the people of Guatemala and sought to draw parallels between U.S. actions in Latin America and Southeast Asia. After serving prison time for her part in the raid, she earned a Ph.D. and became Head of Ethnic Studies at University of California, Berkeley. She is the author of several books and articles, and retired from Berkeley as Associate Dean in 1995.