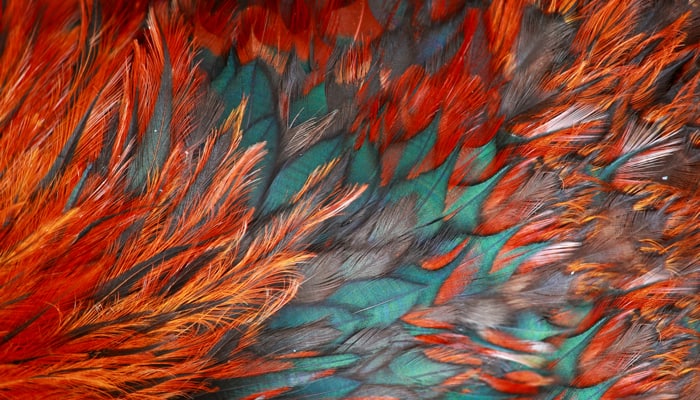 Have you ever taken a hotel room and, within an hour or so of being in it, find you are grumpy or fearful and you don’t know why? You might say that the space has “bad vibes.” Conversely, maybe you have found that you really enjoy going to a family member’s or friend’s house because you feel happy just being in their home. You might say something like, “The energy feels really good there.” But what does it mean for a space to have good energy? And how does a space get bad vibes?

Arguments or other disrupting events that take place in a space can create an imprint that may affect future events in the space. Consider how it feels to walk into a room where two people have been arguing, but when they realize you have arrived they pretend that nothing is going on between them. There is a Victorian expression, “You could have cut the air with a knife,” that describes the experience. It seems like everything is normal on the surface, but something is really just not quite right.

What can happen next is that a person who has entered a space where something negative has happened can start to get in a bad mood. The more people who come into the space and are affected by the negativity, the more negativity snowballs, and the more “dense” the energy in the space becomes. If this space is an office, people may have a hard time focusing on work or may feel negatively toward their jobs without really knowing why. If this space is a house that is for sale and not selling, it may be because people walk into the house and feel the negatively charged imprint and want to avoid it without really knowing why.

In the early 2000s, I started getting calls from organizations that had taken up residence in the buildings at the San Francisco Presidio after its transfer to the National Park system. Ordinary people trying to do their jobs were unable to focus at work, many reported feeling uncomfortable in certain areas of their workplace, and electrical systems were regularly failing. The people who contacted me for help wanted their workplace cleared.

I quickly realized that there was too much going on in those spaces in the Presidio for me to be able to address all the issues by myself, so I gathered together some of my students to help with the clearings. This is how the Space Clearing Society was born.

Clearing space is a shamanic process where the imprint of previous experience is removed from a particular area. Although once widely offered and practiced, space clearing is not readily available today because of the destruction of indigenous cultures where shamanic interventions were the norm.

The Space Clearing Society is a group of individuals trained in the Applied Shamanism programs at the Sacred Stream whose primary mission is to clear spaces where healers live and work. For our purposes, “healers” includes anyone who works for the benefit of others. We now have almost a hundred diverse members, ranging in age from twenty to eighty, doing monthly clearings on both coasts. We have cleared city halls, public schools, private schools, many private residences and offices, hospitals, and retreat centers.

As with the Presidio, events that may have happened many years ago can remain imprinted in a particular area over time. The New England chapter of the Space Clearing Society has undertaken the special task of clearing some of the imprints of experience at the battlegrounds from the King Phillip’s war that raged throughout New England from 1676-1678. It has been called the deadliest war in the history of Native American and European settlers in North America in terms of the proportion of the population to those who perished. King Phillip’s war was marked by violence and treachery: Native Americans betrayed each other and Europeans betrayed Native Americans. These kinds of activities, along with violent death, tend to create powerful imprints in the areas where they happen. In shamanic healing, there is a process called “psychopomp” or the “guiding of souls,” which is a process of helping the spirits of those who have died find their way. Offering this kind of help is part of the space clearing process in many different situations. The New England chapter has done quite a bit of this kind of work on the battlegrounds of King Phillip’s War.

It is important to note that the rules about time and space that most of us are used to do not really apply in shamanic work. In shamanic terms, the work “takes place outside of time.” This means, among other things, that those who died many years ago can still be helped today. This, in turn, can also improve the energy of spaces we inhabit now.

The Space Clearing Society offers a place for ancient practices to remain relevant in today’s society, and an avenue for modern people to consider the benefits of a world view which is more in touch with the earth’s wisdom. Next time, we will discuss what space clearing has to do with connecting with the earth’s wisdom, look at two space clearing case examples, and more.

In the meantime, have a happy and safe holiday season. The members of the Space Clearing Society and the Sacred Stream staff are looking forward to another year of serving the community!

Editors’ Note: Applied Shamanism is much like other earth-based wisdom systems, but the emphasis is on drawing on the practices common to multiple shamanic traditions and bringing them into relevance in the modern context.