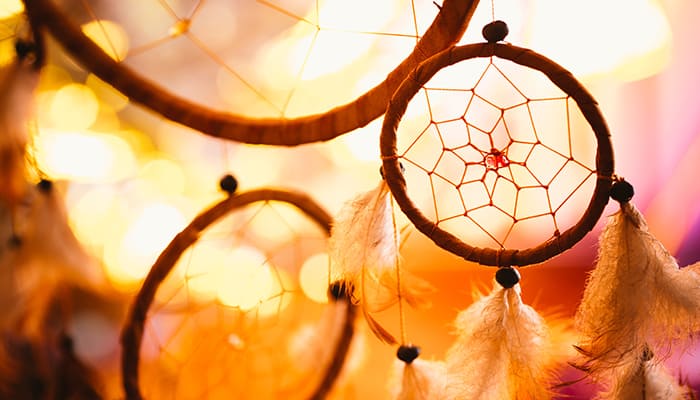 Blog: The Call to the Shamanic Path

I am often asked how people can know if the shamanic path is a path that is right for them. Of course, this is a very important question – but only the individual can really know if the shamanic path is right for them. When people ask me this question, I ask, “Have you had anything out of the ordinary happen to you? You may have had anomalous experiences – you may have felt a shift in the light and a sense of a presence of something unseen. Or perhaps you have vivid dreams while those around report never dreaming, or perhaps you have had an illness or a calamity befall you which has changed you and separated you from those around you. And you may have set off on a path to try to understand these experiences.” If this is the case, it is likely that education related to the shamanic path will be helpful to you.

When people have these kinds of experiences in traditional shamanic cultures, older shamans recognize them as a potential call to the path and they undertake the task of educating the person who is having these kinds of encounters. This education might focus on a series of initiations and tests designed to deepen the initiate’s knowledge of the unseen world. They would be taught how to draw upon the power of that unseen world to affect change within the world of the seen.

In Black Elk Speaks, a biography and memoir of a medicine man living in the late 1800s in the Oglala Sioux tradition of North America, Black Elk vividly recounts his many visions as he sought to navigate the fast-changing world he lived in. Here is Black Elk’s description of one of the anomalous experiences that called him to the path of the medicine man in his tradition:

“It was the summer when I was nine years old, and our people were moving slowly towards the Rocky Mountains. We camped one evening in a valley beside a little creek just before it ran into the Greasy Grass and there was a man by the name of Man Hip who liked me and asked me to eat with him in his tepee.

While I was eating, a voice came and said: ‘It is time; now they are calling you.’ The voice was so loud and clear that I believed it, and I thought I would just go where it wanted me to go. So I got right up and started. As I came out of the tepee, both my thighs began to hurt me, and suddenly it was like waking from a dream, and there wasn’t any voice. So I went back into the tepee, but I didn’t want to eat. Man Hip looked at me in a strange way and asked me what was wrong. I told him that my legs were hurting me.

The next morning the camp moved again, and I was riding with some boys. We stopped to get a drink from a creek, and when I got off my horse, my legs crumpled under me and I could not walk. So the boys helped me up and put me on my horse; and when we camped again that evening, I was sick. The next day the camp moved on to where the different bands of our people were coming together, and I rode in a pony drag, for I was very sick. Both my legs and both my arms were swollen badly and my face was all puffed up.

When we had camped again, I was lying in our tepee and my mother and father were sitting beside me. I could see out through the opening, and there two men were coming from the clouds, headfirst like arrows slanting down, and I knew they were the same that I had seen before. Each now carried a long spear, and from the points of these a jagged lightning flashed. They came clear down to the ground this time and stood a little way off and looked at me and said: ‘Hurry! Come! Your Grandfathers are calling you!’

Then they turned and left the ground like arrows slanting upward from the bow. When I got up to follow, my legs did not hurt me any more and I was very light. I went outside the tepee, and yonder where the men with flaming spears were going, a little cloud was coming very fast. It came and stooped and took me and turned back to where it came from, flying fast. And when I looked down I could see my mother and my father yonder, and I felt sorry to be leaving them.

Then there was nothing but the air and the swiftness of the little cloud that bore me and those two men still leading up to where white clouds were piled like mountains on a wide blue plain, and in them thunder beings lived and leaped and flashed. Now suddenly there was nothing but a world of cloud, and we three were there alone in the middle of a great white plain with snowy hills and mountains staring at us; and it was very still; but there were whispers.”

He goes on to describe a detailed vision of healing for his people that became the guiding principle of his life. This call to the path includes the visionary experience as well as a physical calamity – two features of the call to the path came together in one as the world of the unseen overtook his senses. Today, people may still be called to the path of the shamanic initiate in similar ways. It might be helpful to look at your experience and see if these types of experiences are a feature in your world. If they are, it might be very helpful to try and understand them through the lens of shamanic education.