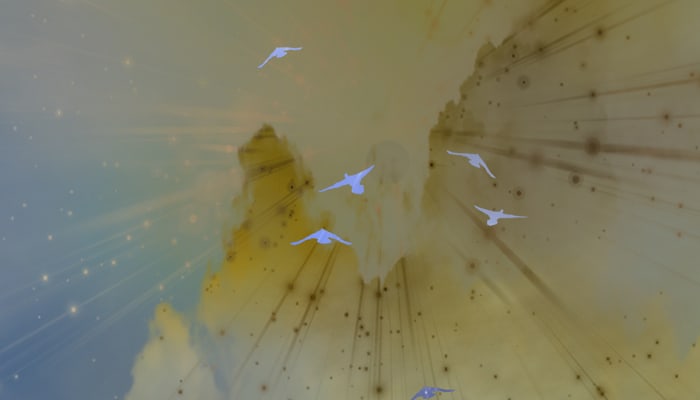 Summary: To the extent that physical imbalance originates in the spirit, there are pathways, through the spirit, for insight and healing. A case is discussed.

Most non-Western medical traditions recognize that physical imbalance, particularly in chronic conditions, is just the tip of the iceberg. They recognize that physical illness is the last and most serious condition in a long line of manifestations by a particular imbalance. Non-Western and shamanic healing traditions, including Chinese medicine, all suggest that physical illness originates in the spirit. My work confirms this position as well. In my practice, I have seen again and again that imbalance on a spirit level moves to a mental level if it is not resolved while on the spiritual level. If the imbalance is not resolved on the mental level, it moves to the emotional level. If the imbalance is not dealt with on the emotional level, it moves to the physical level. Once it reaches the physical level, if it is still not resolved, the imbalance can cause serious discomfort, dysfunction, and even death.

Vedic science is one of many traditions that provides an understanding of energy through the chakra systems of the body. Chakras (the Sanskrit word for wheel) are energetic configurations. There are seven main chakras, and they are numbered one to seven beginning at the base of the body and moving up to the top of the head. Through my study of the chakra systems, I have found that chakras seem to correspond to the endocrine glands. It also appears that their function is to mediate particular types of energy and to process memory and experience in particular ways.

One area where I have found the chakra system particularly helpful is in working with Premenstrual Syndrome (PMS). There is much to be learned about a woman’s relationship to herself through her menstrual cycle. Often, physical imbalances in this area point to larger, more conceptual imbalances in the way a woman understands her relationship to being a woman and, in a larger sense, to the feminine or female principle. Issues with PMS, endometriosis, ovarian cysts, and ovarian and uterine cancer, can, to some extent, all be seen as related to a woman’s relationship to being female.

The relationship to the feminine force is a primary relationship in a woman’s lifetime. By viewing PMS-type symptoms through this lens, I have been able to help women understand how their relationship to themselves at this deep level affects them physically. In the case of one client, we had been working on an entirely different issue when her severe PMS symptoms came up.

In an altered state or light trance, I asked my client to focus on the energetic patterns that were emerging from her second chakra, the chakra associated with sexuality and reproduction. During this process, my client became aware of jagged, tooth-like patterns emerging from her abdomen. As she followed these patterns, an emotional state of deep hatred emerged. We then followed this emotional state to a situation where, as a 13-year-old, she was told that she could not compete in a swimming competition because she had her period. This situation caused her to become angry with herself and with her body. The deeper implication was that she turned on herself for being a woman.

In a matter of moments, at a very early age, my client came to the conclusion that being a woman was limiting and negative. It is hard to say whether she was aware of this exact conclusion at the time, but she ultimately developed the assumption that being a woman is bad and that it limits what she can do in her life. Over time, these emotions and attitudes were stored deep within her, informing her behavior and sense of self for her entire life.

By listening to the physical imbalance and opening the corresponding chakra, in this case the second chakra, my client was able to allow the energetic, emotional, and mental patterns of her PMS to emerge. She was then able to read what her premenstrual symptoms had been pointing to: the negative relationship to herself as a woman that began at the age of thirteen.

This was only the beginning of my clients healing process; she still had a long way to go to correct the damage and pain that she had caused herself emotionally, mentally, and physically. Regardless, a doorway opened when my client tuned into her second chakra and recognized what had been stored there. This provided my client with a profound understanding of herself and a pathway for healing this deep wound.