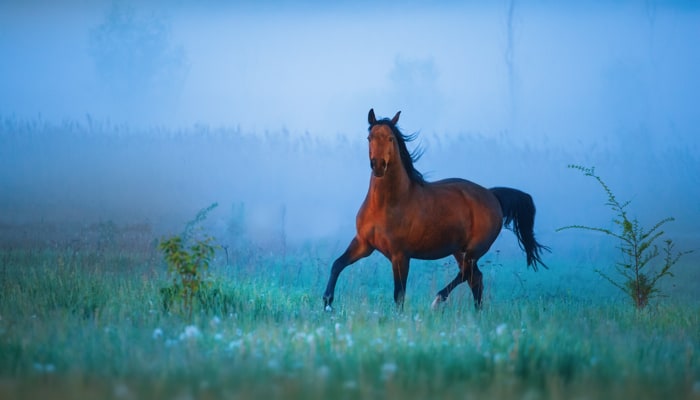 There are many different understandings about the nature of addiction. In working with addiction through my practice of Depth Hypnosis, I have found that it is helpful to apply the diagnostic and restorative methods provided by shamanism to help resolve addictive issues permanently.

Depth Hypnosis is an innovative model which combines shamanism, hypnotherapy, transpersonal psychology and Buddhism to effect change in a wide variety of imbalances. Depth Hypnosis takes the wisdom of the most ancient of psychologies on the planet, shamanism, and applies it to a modern therapeutic context. In shamanism, it is understood that imbalance is created by three possible conditions. These conditions are power loss, soul loss, and energetic interference.

Power loss and soul loss both occur in reaction to trauma. The types of trauma that create soul loss can also create power loss. Trauma, ranging from a car accident to emotional, physical, or sexual abuse to negative internal self talk, can create a state of soul or power loss. Soul loss is characterized by a loss of energy on a physical level, a lack of interest in life on emotional or spiritual level and a lack of focus on a mental level. Power loss is often recognized by the struggle, or a series of events that appear to be bad luck that occur in a person’s life as they try to overcome the exhaustion or depletion created by power loss.

By taking an emotional biography of the person as well as a presenting biography of the addiction, it is surprising to see how predictable the onset of an addiction is in response to events which are viewed as producing soul loss or power loss. Divorce, death, abusive conditions in early childhood correlate with the roots of the addictive process. People will often say something like “Nothing was ever the same after that.” Or, they might say, “Everything has been hard since then.” These types of statements are tip-offs that some major shift has occurred in a person’s internal world. That shift is what shamans refer to soul loss or power loss.

In classic shamanic terms energetic interference is characterized by what is often called “possession.” That is, a person can become affected and even overcome by energy which is not their own. In shamanism, this can refer to a possessing entity or an energy which does not have a definable physical body. In Depth Hypnosis, energetic interference can refer to spirit possession, but it also refers to foreign energies such as introjects. Introjects are aspects of another person’s personality which a person can adopt or which a person can be overrun by. This occurs frequently in parent-child relationships.

When speaking of addiction, one can easily recognize an addiction as something which has its own energy system and does not have a physical body. Addictions fulfill the main criteria of energetic interference in that they disrupt the flow of a person’s life energy. By engaging in addiction and trying to either recreate the energy patterns underlying traumatic events in a controlled way or erase those patterns, a person loses choice over how they use their life energy.

In shamanic terms, the remedy for the above situation is simple: remove the energetic interference and restore the part of the soul or power that was lost. But not necessarily in that order. Often a person must be restored to their power or their soul before they have the power or energy required to face down the depletion the energetic interfence is compounding.

In traditional settings, the shaman does this work for the individual. By moving into an altered state, the shaman uses their relationships with what in shamanism are called “helping spirits” to find the piece of soul or power which is frozen outside of time. This part of the self is usually caught in the trauma that created the soul loss, and it is as if the event is occurring in present time. By releasing the part of the self which is frozen outside of time by entering into the event with the help of their helping spirits, the shaman retrieves and returns the soul part or power which has been lost.

Depth Hypnosis adapts this technique to create an environment where people suffering the power loss or soul loss are assisted in retrieving the lost parts of themselves. This is done through a variety of techniques, most of which are accomplished in an altered state. The Depth Hypnosis practitioner guides clients into an altered state where they are able to perceive more about themselves than they would normally be able to in a waking state. By following the path of the trauma through the effect it has on the body, clients are guided into entering the situation or circumstance where the trauma occurred and retrieving the lost part themselves. The advantages of engaging the client in the process are numerous – not the least of which is that the person becomes empowered as an agent for their own healing and is not dependent on an outside source, such as the shaman.

Again, in traditional shamanic practice, it is the shaman, along with his helping spirits, who engages with the source of the energetic interference and moves it out of the person’s energetic sphere. And again, this practice is adapted in Depth Hypnosis to engage the client in understanding the source of the interference, its effect, and the ways in which the individual is participating in creating and maintaining the energetic interference. And again, the advantages are the same.

Case studies demonstrating the advantages of using Depth Hypnosis to address the issues underlying addiction are numerous. It is important to note that no two smokers or no two drinkers or no two heroin addicts have the same reasons for indulging in their habits. By using Depth Hypnosis methods such as insight inquiry, hypnotic regression, and modified shamanic journeys, the practitioner and the client embark into a process of discovery and healing.

One client, a 35-year-old woman came for help with an eating disorder, bulimia. By exploring the role the eating disorder played in her life and following the energy pattern it presented, she was able to see how the overeating to vomiting was mimicking the soul loss and resultant overwhelm she felt at being left in charge of two younger brothers at age twelve after her mother left her father for another man. The vomiting created a valve which released the overwhelm from the food. This relief had not been available to her as a teen coping with trying to parent her siblings. Through the eating disorder, she was recreating the conditions surrounding soul loss (using food to overwhelm her) and correcting those conditions with vomiting.

By introducing her first to the power retrieval process wherein she encountered what in shamanism is called ” a helping spirit” and what in Depth Hypnosis is called “the part of the self with your highest good as its soul intent” she was able to receive internal stability she had not had before. With that stability, she was able to return, through age regression, to the part of herself that was frozen outside of time in the state of overwhelm. She was then able to effect a series of soul retrievals for herself. As her dominant internal state continued to shift from that of overwhelm to that of stability, her eating disorder subsided naturally. No behavior modification or suggestion hypnosis was necessary and the change in the eating disorder remains nine years after treatment.

Another case of an addiction being permanently altered through shamanic means adapted to Depth Hypnosis methodology is in the case of a 45-year-old man with a twenty-five year addiction to chewing tobacco. Through his work with insight inquiry and age regression, he was able to follow the pattern of his addiction to grade school. He had been a naturally brilliant student, but found that he could not maintain friendships if the other students felt he was smarter than they were. So he came up with a method of “dumbing himself down”: doing poorly on tests on purpose to keep him from getting better grades than the other students. The habit of undercutting himself continued when he left school through the use of tobacco. The tobacco left him irritable and unable to focus, so his high energy was depleted and his performance at work remained mediocre. This was a less effective adaptation to the social constraints, and he had not been able to stop chewing.

By effecting a power retrieval through the engagement with “the part of the self with your highest good as its soul intent” he was able to revel in the joy of being fully in his power for the first time in thirty years. During an age regression, he was able to restore this power to the 10-year-old who had disowned it in favor of social acceptance. As an adult, he was so exhilarated at the prospect of being able to function at full capacity, that it was easy for him to quit chewing, especially when he realized that the habit was reinforcing and deepening the pattern of self-sabotage he had so poorly understood before his work with Depth Hypnosis.

One last example is a 30-year-old man who was addicted to several different types of “downers.” The state that all these drugs produced was the same: one of suspended animation where he could feel very little and thereby “relax.” In exploring the roots of his experience through Depth Hypnosis methods, it became clear that he was recreating the state where he had spent most of his childhood. This was a state of numbing which he had been able to produce for himself in response to severe neglect by his parents. In a way, it could be said that he was actually visiting this part of himself that was caught in the trauma the numbing was medicating by doing the downers. By doing a series of power retrievals and soul retrievals, and removing the energetic interference of the numbed state, he was able to kick the drug habit permanently.

By adapting the ancient methods of shamanism into the modern therapeutic context, addiction can be overcome permanently and relatively painlessly. By challenging the client to participate in their own healing at the roots of the dysfunction, addiction can be successfully abated through Depth Hypnosis.