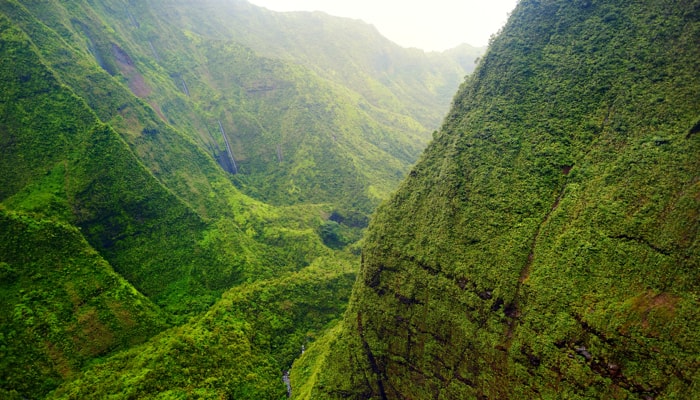 Article: The Ancient Roots of Huna

Summary: Huna, the shamanic tradition of Hawaii, has many points of connection with other cultural traditions that suggest a common ancient source.

The Huna tradition of Hawaii is a shamanic tradition with roots far deeper than the Pacific Islands. It is a window into a much more ancient wisdom – one that flows beneath all shamanic and spiritual traditions. Like flowers blooming on the same vine, spiritual traditions draw from a similar source. Just as each flower is unique, each culture is unique in the way that it expresses and preserves specific aspects of this underlying body of knowledge. The Huna tradition offers a rare perspective of this source and a glimpse into the ancient oral traditions that have existed from the beginning of humankind.

Huna is a Hawaiian term meaning secret. It was coined by Max Freedom Long who was a teacher living and working closely with the Hawaiians throughout the 1920’s. He became fascinated with the secret practices of the islanders who seemed uninterested in Western medicine, preferring their own healing methods, which were never openly talked about or written down. At first, Long thought it was some sort of trickery, but he soon developed a great respect for this ancient tradition, and went on to write eight important books on the subject. It is not known what the Hawaiians called this body of knowledge. Long appears to have derived the term Huna from the word for the shamans of the tribe, Kahuna, meaning the keepers of the secret.

The Hawaiian Islands were not inhabited until the Polynesian tribes arrived there between 300 C.E. and 700 C.E. The Polynesians gave Hawaii its name and also seeded its culture. When Long first encountered the Hawaiian people, their culture had already endured a long period of degeneration through centuries of inter-tribal warfare (from around 1200 C.E.) and later with the arrival of the European explorers (in the 1700s) and the Christian missionaries (in the 1800s). Despite this persistent assault on the Hawaiian tradition, certain initiates charged with preserving the secret work managed to keep it safe. Because of this, Long was able to witness first hand the power of this ancient wisdom, though no Hawaiian ever shared the specifics of the secret knowledge with him.

Long dedicated himself to the study of the Hawaiian people and their ways. His first book, Recovering the Ancient Magic, was published in 1936. Shortly after its publication he received a letter from an English journalist, William Reginald Stewart. Stewart had spent much of the late 1800s as a researcher in North Africa. During his travels he befriended and was later adopted by an Amazigh healer, or Kuahini. In his letter he explained that in Recovering the Ancient Magic, Long described the same magic that Stewart had seen and learned from the Amazigh woman in the Atlas Mountains. He also pointed out that many of the Hawaiian words mentioned in the book were strikingly similar to words used in the Amazigh language.

Among the Imazighens (plural for Amazigh), who are also known as the Berbers, Stewart reported that there was a secret language for the spiritual practices of the tribe and that this language was kept separate from the local language. The practices he cited were nearly identical to those described by Long, which included great feats of healing. He also noted the close resemblance of Hawaiian words such as akua, closely translating to God, and its Amazigh counterpart atua. The words for men who maintain the secret knowledge are Kahuna in Hawaiian, and Kuahuna in Amazigh. Also, Kahuna Wahini in Hawaiian and Kuahini in Amazigh both refer to women who hold the secret knowledge. In addition, there is a similarity between the Hawaiian and Amazigh words for a woman of power and the ancient Indian word for goddess, “Dakini.” Following this trail further into India, there is a similarity between the words for power, or life source, mana in Hawaiian, and prana in Indian. These similarities are not easily explained away. Both the Hawaiians and the Imazighen were extremely isolated peoples until recent centuries – one group isolated by mountains, the other by water.

The similarities do not end with language. Stewart outlined some striking commonalities between the oral traditions of the Imazighen and those of the Hawaiians. The Imazighen had lived for centuries in the Atlas Mountains of Morocco, extremely isolated from the more dominant cultures in the region. According to Stewart, both the Hawaiians and the Berbers speak of their people originating in a far-off land. They describe the land as having been green and lush before turning to desert. They also both refer to this place as a time lost to history, and speak of their people departing from that place by way of a Red Sea, or in the Hawaiian oral tradition, by way of the Red Sea of Kane. Kane is an important Hawaiian God associated with procreation. This points to another interesting parallel with Judeo-Christian religious texts, which refer to the twelve tribes of Israel and associate a parting of the Red Sea with a mass exodus.

The Amazigh Kuahini offered additional information to Stewart with regard to her people’s origins, describing them as having helped build the pyramids, thus placing them in the area of the Fertile Crescent. It is not clear whether the Kuahini described her people as rulers or as the actual slaves who later broke free, but the term Imazighen means the free. The term Berber, a more common reference to the people of the Atlas Mountains, might have been derived from the Greek word barbaroi, meaning foreigner.

In both Hawaiian and Imazighen lore, the departure was precipitated by the divination of an intellectual and spiritual darkness that was to descend upon the world. Both groups report that the decision was made that twelve groups would depart from the land and set off to far away places in order to preserve the secret practices during the time of darkness. Some set off south to Africa, others toward India, the Imazighen to the Atlas Mountains, and the Hawaiian oral tradition recalls their group heading to a series of empty islands in a vast sea. In his books, Long finds traces of Huna in India, Indonesia, New Zealand, Java, Samoa, Tahiti, the Marshall islands, as well as in Hawaii. Additionally, Phoenicians sailors in roughly 1200 C.E., reported encountering a Caucasian matriarchal race in an area that is now known as Tunisia.

Certainly, this is just a small glimpse into the profound evolution of the culture and spirituality of humanity. Much has been lost to the degeneration and annihilation of cultures maintaining oral traditions. Yet the striking similarity of the origins of the peoples around the world persists, and perhaps raises more questions than it answers. Who were these people that existed in the time of the Pharaohs and earlier? Was there once actually a dominant matriarchal world order? Could the mythical tribe of women known as Amazons refer to a matriarchal culture related to the Imazighen, or those like them? What was their existence like, and what exactly was this intellectual and spiritual darkness predicted by so many cultures? The contemplation of these questions may well lead to a deeper understanding of the connectedness of all things, people, and cultures. Perhaps it will extend even further into our connectedness with nature, plants, animals, and the environment, as we learn to see more than just the flower on the vine, but the vine itself and the source that feeds us all.