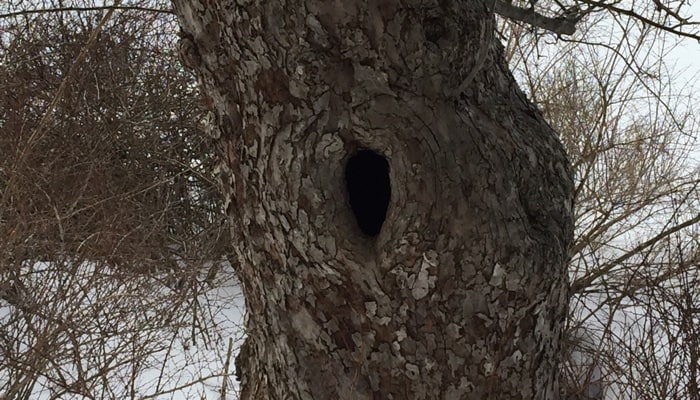 Blog: Embraced by the Sacred Feminine at Menla

While I was on my way from California to Menla Retreat in New York, three feet of snow had been falling at Menla. Robert Thurman and I had scheduled our Embracing the Sacred Feminine course at the Spring Equinox with the idea that the Great Mother would be revealing herself through emerging bulbs and leaf buds. The weather in the Catskill Mountains is, however, unpredictable at any season. So, rather than sunning myself under budding apple trees at Menla, I found myself with bare trees, silent snow, and dark nights. Yet the power of the land of Menla became even more evident in the dark sparkle of winter.

The car that had brought me to the mountains pulled away and I was alone with the stars and the coyotes calling in the distance. The snow crunched under my feet as I headed toward my room. The wind was cold. Although it was dark all around the world was white. As I made my way through the night, an experience of the Great Mother other than what Bob and I had expected began to emerge – the dark womb.

Menla Retreat is situated where a long and winding road dead ends in the valley floor of the oldest meteor crater on earth. The Native American tribes who lived and traded in the Catskill Mountains for thousands of years never inhabited the valley. Rather, the Iroquois and the Mohawk, and the tribes before them shared the valley – each taking turns conducting their seasonal ceremonies there throughout the year. They, too, understood that this was a special place.

After we held our own opening ceremony for the class, Bob began to speak about Prajnaparamita, the wisdom of emptiness that is personified as the great feminine in Buddhist philosophy. Emptiness is a concept that must be apprehended through study, meditation, and reflection over many years to be fully grasped, and every time Bob speaks about it, another piece of the puzzle falls into place for me.

Whenever I try to comprehend the meanings held in the heart of Prajnaparamita, the path toward emptiness takes me beyond the world of material form. It is a deeply creative and abundant field of experience that is infused with the wisdom of compassion. In this field, impermanence is the only constant, yet through the unrelenting change a deep trust arises. For me, emptiness is a balm, a relief, a deliverance from conceptions and characterizations. No projections can take hold. No misconception can take root and solidify itself. There is total freedom. The great feminine wisdom always presents itself as one form falls away and another takes its place – or as I find myself suspended outside of forms, alone yet infused with the power of this wisdom.

As one deep night followed another during the course of the class, I found myself sitting under the million stars with the surviving trees from an apple orchard that was planted at least a hundred years ago by the white settlers who managed to farm the land for a very short time. Each tree had a unique form. Most had large dead branches with live wood dancing around them. They twisted and turned in all directions. The hollows in their trunks opened to another world of darkness. And each of them seemed to be speaking to me of interdependence, fellowship, time, longevity, change, gentleness. Their wisdom was the wisdom of Prajnaparamita. The Great Mother was revealing another facet of herself in each aspect of these trees in the star shadows of the winter night.

Many Western theorists who encounter the texts on emptiness misunderstand the deep fecundity of the experience of emptiness. They try to comprehend it and see nothing. They pronounce Buddhism a philosophy of nihilism. There are no permanent forms, no empirical dogma, no absolute beyond the possibility that there is no absolute – and even this idea dissolves if one tries to capture it and put it in a cage of conceptualization. It is understandable how a nihilist could try and find validation in a superficial encounter with emptiness, but Bob’s response to this position in the foreword to his translation of the Tibetan Book of the Dead is important to remember: “They have no convincing description of nothingness which obviously has no attributes. They have never observed even one material thing become nothing. Why should the energy reality of a state of awareness, be it even a minimal awareness of pure rest, be the exception to the law of physics that energy is conserved and only transformed.”

We spent our days learning more of the wisdom of the Great Mother in the ancient barn that is our classroom for our workshops and our evenings gathered around the huge warm hearth of the main house. Those of us who came together at Menla to embrace the Sacred Feminine and allow her to embrace us at this spring equinox found ourselves supported by her in completely new ways in the still dark of winter.

At the end of the workshop, I pondered how the world might change if we were to all become serious students of her deep and abiding wisdom. I was reminded of the words of the Tao Te Ching, “The Tao is called the Great Mother: empty yet inexhaustible…That is why love of the Tao is in the very nature of things.”