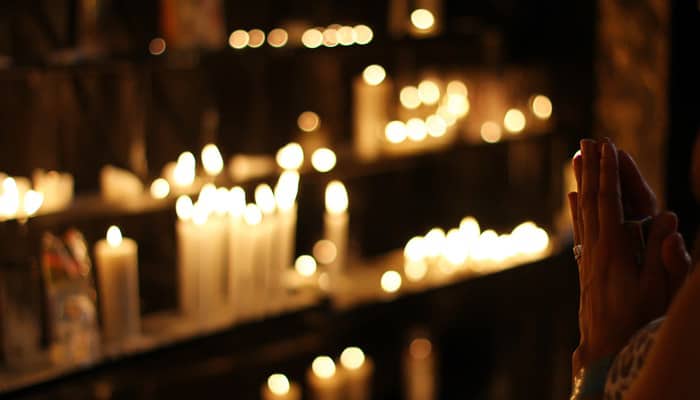 Blog: Finding Common Ground: A Meeting of Christianity and Buddhism

Last year I was asked to give a review for the cover of The Lotus & The Rose: A Conversation Between Tibetan Buddhism & Mystical Christianity, a new book by Matthew Fox and Lama Tsomo. The book is the result of a series of workshops they’ve taught together that focus on the relationship between Christian and Buddhist teachings. I was so drawn in by the new perspectives they offer, particularly about Christianity, that I almost missed the most significant aspect of the book; it is a collaboration between two belief systems.

Opening to new ways of seeing and knowing god, spirit, and the universe is such a given in my life that it’s easy to forget that people of different faiths can see each other as enemies, not as teachers. In the Bay Area, we are fortunate to have multiple interfaith congregations, and to be spared the conflagrations that consume much of the world based on religious ideological disparities.

It is common for people to become enemies in the enterprise of finding meaning in this totally mysterious and ineffable experience we’re having as human beings, and I wonder why it’s not completely normal to “share notes” on the parts of the mystery we’ve sussed out the way Matthew Fox and Lama Tsomo do.

In reading their book and trying to distill my impressions into a few informative sentences for the book’s cover, I realized the main teaching of the book is how they’re sharing their discoveries of the universe with one another. While the book is about Tibetan Buddhism and mystic Christianity, it is so much more than that.

It is a revelation that even if we’re fervent believers in a particular faith system, we can allow ourselves to be deepened by another faith’s teachings. We don’t have to build walls against ideas because we fear they might bring down the shelter our faith provides. Instead, we can trust in the universe enough for our perceptions of it to be informed by multiple viewpoints.

The variety and complexity of faith systems offer many lenses for us to see the multi-faceted nature of our human experience. One of the primary teachings that inspired me from Islam is the heart-opening adoration and devotion to the divine so beautifully expressed in Rumi’s work. The Jewish faith has the Kabbalah and its different Sephirot, which quite literally offer a map to a coherent ethical system that can enrich anyone’s life. The Sikh religion contains many paths to peace and to healing the divides ideology can create. Finally, Hinduism distills the powers of the universe into accessible images in its formulation of the divine through its many gods.

Here at the Sacred Stream, one of our main intentions is to help people find their own way to spirit. The path may lie through an orthodoxy abandoned earlier in life, or it may lie completely outside any orthodoxy. The important task is education; learning about ourselves and understanding our place in the universe. That is a question most faiths are trying to address, and just as Matthew and Lama Tsomo do, we should listen to one another and see what the world has to offer us.

Editors’ note: Join Matthew Fox and Lama Tsomo for The Lotus & The Rose at the Sacred Stream Center in Berkeley, CA, October 4, 218.