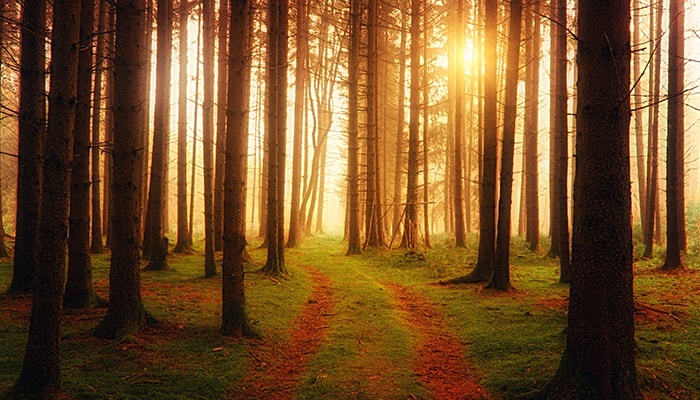 Article: Finding Myself on the Path

In the summer of 2013 Thupten Jinpa, His Holiness the Dalai Lama’s principle English language interpreter, asked me if the Foundation of the Sacred Stream would be willing to host a group of Tibetan Buddhist monks from the Gaden Shartse Dokhang. His former monastic house had fallen on difficult times, and he felt a year-long cross-cultural exchange tour in the United States would help them out of those difficulties. I had no idea what it would entail to host such a tour, but if Jinpa asked me to create a bridge to the far side of the moon, I would figure out a way to do it. I was honored to be asked, and there was no question in my mind that I would help him.

As many members of the Sacred Stream community know, the year the monks stayed with us changed us in incalculable ways. Every person who came into contact with the monks had something in their life illuminated. When they arrived in San Francisco in the fall of 2013, we entered into what one community member called “the looking glass.” There were so many moments of clarity and serendipity that I lost the ability to keep track of them all. The short story that follows reveals how my experience with the Tibetan Buddhist monks is related to my development and education as a teacher of shamanism.

When the monks arrived at the airport, they had been traveling for about 48 hours. They moved in a circle of red and saffron through the maze of overloaded baggage carts in the international terminal. The sea of people would literally part as they moved through the airport toward us, and a hush settled around them. We helped them bundle into the van we had rented and took them to my home, which became a dormitory for these 8 men during the next four months.

There were many things we learned about the monks during our time together. One thing that became evident was how similar their way of doing tantric healing rituals was to the shamanic forms of healing we offer through our Applied Shamanism program.

After one particularly intense healing ritual, the energy in the house was a bit disrupted. I asked one of the monks if they intended to clear the space, and he seemed surprised I had noticed there was an issue. He said he had wanted to do a clearing but because they burned particularly strong herbs as part of the clearing ritual, he had hesitated. Other Westerners had complained about the smell of the herbs and he did not want to disturb us. I enthusiastically encouraged him to do the clearing ritual, and everything about it — the drums, the bells, the quality of the plants they used — was almost identical to the shamanic clearing rituals I perform on a regular basis.

One day, they pulled a particularly tattered set of boxes from the pile of luggage that had been parked in the garage with the van. As they opened them, packets of colored sand for the sand mandalas they were preparing to make tumbled out. They picked up the long, metal tubes they used to distribute the sand and drew some sample designs for us. The first patterns they created were mandalas reminiscent of the “eye of god” patterns of the Hopi. I was immediately reminded of the sand painting instruction I had received with a group of Hopi artists and shamans thirty years before.

One morning, as we were trying to eat the lovingly prepared greasy eggs the monks had made us for breakfast, a good friend of mine arrived. He is a Mazahua native, and was immediately invited to the table and handed a large bowl of butter tea. His dark, reddish skin and high cheek bones were identical to those of the monks. He has lived in the U.S. for a long time, and he always enjoys recounting tales of the small village he grew up in on the side of a volcano in central Mexico. He often tells tales of his grandfather who never drank water, but always cultivated agave so he could drink its nectar.

He tried to communicate this story to the monks, who listened intently but understood very little. After hearing the story, the monks showed him how to make butter tea, and they all laughed together as he tried to put sugar in the tea, while the monks wanted to put salt in it.

At one point, I looked up and saw that my friend had tears in his eyes. He could barely speak, but he said, “It is as though I am back in my village. These people look like me, they smile like my friends, and we are all one together the way we are at home. It has been so long since I have been with my own people, and these people are my own people.”

One of the qualities of the monks I found most intriguing was the way they could be present with you. Their long hours of meditation and study had stripped them of preferences and prejudices. They could simply be with what was happening and see who you were without the filters of their own expectation. This was one of the many reasons it was uncanny to be in their presence, and I was reminded of the Huichol ranch hands who worked at the ranch where I lived part of the year as a child.

I spent most of my childhood avoiding the people in my family. I was often sent away to boarding school, or to stay somewhere for the summer, or just sent outside. All of that was fine with me, and it was especially fine whenever I was sent to the ranch in northern Mexico. The ranch was where I learned to ride horses and grind corn to make tortillas in the early morning darkness. One of the ranch hands befriended me from the moment I arrived. I became aware of him long after he became aware of me.

One day, I was surprised when he placed some reins in my hand. I had been hanging off the boards of the corral where they kept some of the horses, and was talking to the horses and taking in the wonderful smells and sounds. When he handed me the reins, I could see that he saw me. He saw how much I loved the horses. It was so unfamiliar, and even unnerving, to be seen for who I was and to have someone want to give me something they perceived I wanted.

I had not had that experience again until the monks came. I was excited to teach them about the new world they found themselves in, so I took them on field trips to different places to get them accustomed to life in California. The first place I wanted to take them was the great redwood forest north of the city. I knew they had never seen such trees before.
As we walked through the forest I pointed out the different plants and talked about their medicinal uses. I pointed out the birds and the animals, and I talked about their habits. I showed them the acorn woodpeckers’ acorn stashes in one of the old pines I regularly visit. The woodpeckers would drill holes in the wood, place the acorns in the hold and then peck out their tasty meat. I had always been fascinated by this ingenuity and was anxious to share it with the monks.

As we walked through the forest I became aware of one of the monks, Geshe Gyaltsen, deeply observing me. I realized the monks were not accustomed to being in the wildness of nature. They were happy to be in the forest, but it was a new environment for them. They had grown up on what were essentially reservations that were environmentally degraded, and they were not at home in the wild.

At that moment I realized I was completely at home among the plants, the sky, the dirt, the creeks. As he looked at me, I could see myself for who I was. It was strange to encounter someone who saw me in a way that showed me who I was, just as the ranch hand had done so many years before.

As a child, I read voraciously. In the library, I found a series of biographies on all the great Native American chiefs and medicine men. I became convinced that I too was an “Indian.” I announced this one evening as my parents were getting ready to go to yet another cocktail party. My mother turned around and slapped me hard — “Don’t you ever say that you are a dirty Indian!”

Yet I knew I was. My skin would turn reddish brown in the sun, the way my Mazahuan friend’s skin did. My cheekbones were high, different than the rest of my family. We always moved around a lot, and wherever we went, I found myself in the company of the native peoples of the place, not in the company of the expats’ social clubs.

Just a few weeks before the monks arrived, I had received the results of a DNA test designed to help you know your genetic heritage. My genetic pattern showed I was primarily Algonquin, a native American tribe of the northeastern United States. I knew I was. As Geshe Gyaltsen smiled at me, I knew he knew too.

It has been a long road for me to see myself as a knower of nature. I had to find my way back into the woods on my own. I taught myself the ways of the flowers, the crabs, the ants. I have studied indigenous cultures in academic settings in my studies in cultural anthropology. As a potter, I have learned from many native artisans from different artistic traditions. I have had adventures with native peoples from the Pacific Isles, the mountains of northern Mexico, the deserts of Saudi Arabia, and beyond. I have had the good fortune to study with other knowers of nature from a variety of wisdom traditions.

As a young person, I was fascinated by the peace of nature and was puzzled that most people did not experience that peace. Early on, I determined there must be a way to bring that peace into the affairs of humans. Through my studies, I have found that shamanic and Buddhist practice do exactly that. I have had the good fortune to establish strong relationships with teachers and inner guides who emerge out of the powers of nature. They have taught me so much, and I am now able to teach others.

Of course, I remain the student. The monks’ arrival in the middle of another academic semester of teaching Applied Shamanic practice at the Sacred Stream Center was a reminder. It was a reminder of what I had not articulated to myself about the interconnectedness of things— about the deep and unbroken connection that binds all of us who remember the earth, who are a part of the earth, and who seek to bring her wisdom to bear on the suffering of those around us. I am humbled and grateful to recognize I have a role in revealing that connection, not only to myself but to those around me as well.