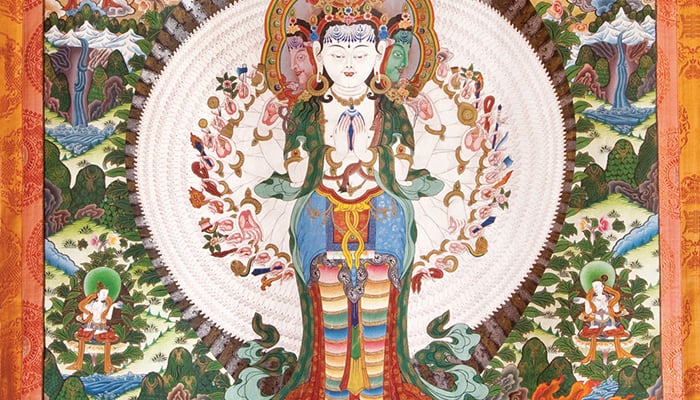 Thankgas are paintings on fabric that often depict meditational deities or subjects. Popular throughout the Himalayas for centuries, they have provided a teaching and practice tool to help students deepen their understanding of a particular deity or subject. There are many images of Avaloketishavara or Chenrezig as they are known in Tibetan.

In this talk with the San Francisco Dharma Collective, Isa Gucciardi explores these images of compassion and the wisdom of the deities depicted therein.

Note: Isa references this thangka in the talk. It is recommended that you view the image while watching the video. Prints of the thangka are avilable for purchase in the Sacred Stream web store.