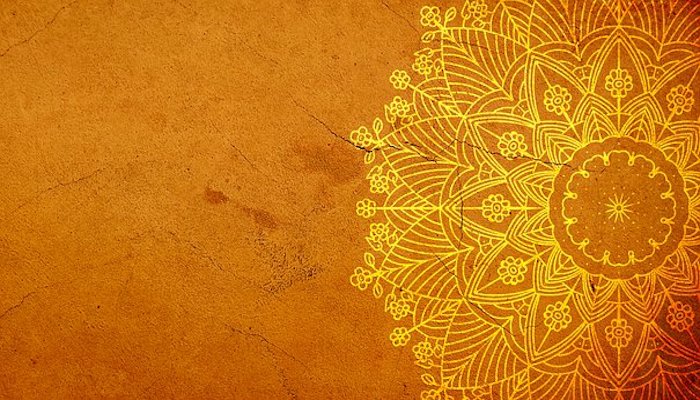 If we have been in deep denial about some aspect of our experience, the revelation of truth will at first be a painful one. Truth will make its entrance in ways that will seem quite disturbing—intrusive thoughts, nightmares, innocuous interactions producing strong emotions, or a general feeling that one is “not OK.” It is at this juncture that we come to a choice: we can stay in denial and find external reasons to justify our internal experience, numbing and modulating using whatever coping mechanisms we have, or we can claim our internal experience as something uniquely personal and get very curious about it.

There are many roads out of denial, but at some point we will have to choose to validate what our body and reactivity is saying over the story we’ve been telling ourselves. This breaking down of an old story — the acknowledgement that we’ve been telling ourselves a false story our whole lives — provides the crack where the light of truth can finally break through to our awareness.

Allow me to offer a personal anecdote.

The birth of my first child plunged me into trauma. Of course, I wasn’t recognizing it as such at the time. I had gone through ten years of intense therapy before he was born, much of which was within the Depth Hypnosis modality, and considered myself to be quite healed from a very dark and tumultuous past. Sure, there were things that didn’t exactly make sense or line up, but everyone has those, right? (Right???) After all of the work I had done to free myself of the shackles of a cruel mother, emotionally absent father, and more than my fair share of sexual trauma, I looked forward to a joyful experience of motherhood—to loving and shepherding the tiny human that I had so carefully and mindfully brought into existence. That isn’t the experience I got.

I found out I was pregnant with my second child when I was barely keeping my head above water with the first. He barely slept and needed to be attached to my body constantly. He cried a lot. I could never put him down or sleep in more than twenty-minute intervals. Things had only barely begun to improve with him when my second son arrived. He contracted bronchitis in his second week of life (thanks, first-born!), and had a lot of digestive issues that took about ten weeks to totally resolve. So for ten weeks, he would only sleep upright on my chest. For ten weeks, I never slept, listening to his tiny breath, terrified I would suffocate him if I allowed my eyes to close.

Although I was doing my very best to put on a happy face and march through the reality of my circumstances (which I had quite intentionally chosen, mind you!), inside I was totally falling apart. To be certain, with two boys with a fifteen-month age gap, neither of whom could be described as “easy,” I had a lot of external circumstances on which to blame my unraveling, and for a time I tried really hard to make sense of what was happening to me by focusing purely on the external.

However, as my children got a little older and things did get easier, I continued to fall apart. I could have gone on pointing to this or that reason for why I could never seem to take a breath, but some little flicker of awareness knew that something far bigger was underpinning my experience of motherhood. They weren’t the problem. I was the problem.

It wasn’t until my second son was fully weaned that some organization and processing could begin to occur. But first, I would nearly lose my mind resisting the truth that my children were pushing forward. I was so dedicated to looking away from the painful truth that I could feel myself separating from and questioning reality because that felt safer than validating what I was feeling.

I think this stage can look very different for different people, but for me, it was a notable shifting of reality in every moment, and was very destabilizing. Nothing felt solid or believable. All of life might as well have been a dream. I had two tiny kids. No one had time for me to be losing my mind. This was the moment I called in all of the professional help I could. “Something is very wrong. Please help.”

I quickly saw that for whatever reason, I was experiencing motherhood as deeply traumatic. It had plunged me headlong into a trauma response, and much like my childhood, there was no way out. These people were in my life for the long haul. When asked what about motherhood felt traumatic, it was that everything was out of control. Their needs were totally wrapped up in my body. They demanded unfettered access to my body at all times, and I felt I had no choice but to oblige. I was their mother, after all. What mother can’t give herself to her children? As painful and embarrassing as it was, I also had to admit that I was unable to freely love my children.

This experience that other mothers were having — in which the sometimes overwhelming needs and stress of an infant are balanced by a love unlike any you’ve ever known — was not an experience I was having, and I recognized this as something that was very wrong. I felt a deep protection of them, but love was something that I could only feel with a great deal of focus and effort.

In addition to these significant themes were an assortment of intrusive thoughts, intensely disturbing dreams (on the rare occasion I slept — my own insomnia overtaking the wakefulness of my children), haunting memories that I couldn’t make sense of, and a feeling that there was something very big and monstrous living within me. All of these feelings pointed to a much deeper trauma and framed the experience that I was in such fierce denial about.

During moments of meditation or deep reflection, I often asked myself what this was all about. The only answer I ever got was an image of my father and a deep discomfort. I passed this along to my therapist with the caveat of “but I’m probably just crazy because I don’t have a single memory of anything happening.” This structure of doubt is something that pounded away at my already fragile brain: “You’re probably just crazy. That is more likely than your father abusing you.”

In meditation, when my awareness turned towards my father, I became shrapnel. I shattered. It was the only reaction I could find relative to him. My father had been struggling with pancreatic cancer for years and I had never found even the tiniest bit of sadness or loss at the thought of his death. There was only shattering, and sometimes anger.

Working through the intensity of doubt and familial brainwashing required intense work with a skilled therapist that could hold reality for me as I twisted and turned around it. After a great deal of talking around and around the circles of doubt, I finally had to agree to try on the idea that everything I suspected my father of had really happened. To send that idea into my being, full-force. When I did that, something magical happened. All of the “craziness” just fell away. Disappeared in an instant. The minute I agreed that my father had abused me, I stopped losing my mind.

There was a mountain of work that followed this watershed moment, but here we’re focusing on the power of denial and doubt and this was the moment where I finally became willing to let go of denial and seriously question the shackles of doubt in order to save myself. This was no small feat. I came into it kicking and screaming. And it was only the love for my children that could motivate me enough to do it. On that note, I’m overjoyed to say that my ability to feel love for my children shifted dramatically during the healing process.

As a very tiny child, I formed the belief that to love someone meant doing terrible things to them, and that falsehood could only be unwound by bringing genuine love and light to the child self who had only known harm. I saw clearly that I had only ever loved my children, it was just that I couldn’t feel it. I loved them so much that I was willing to deprive myself of every moment of joy if that’s what it took to protect them.

The false belief that my child self had been holding made it critically important that I not feel any love for my children—not even a little bit. To love was dangerous. Obviously, this rule applied to everyone in my life, but it was only my children that made it painful enough for me to finally see it for what it was and change. It has not been an easy journey, but the greatest victory of the healing process is that love now arises readily and effortlessly, like a song.