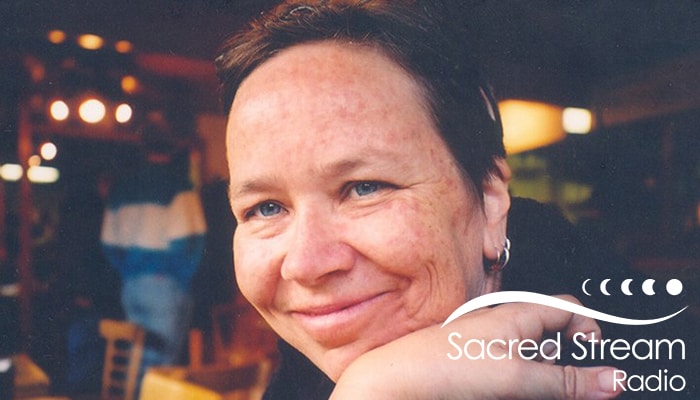 Description: On this episode, Laura Chandler dives into the Sacred Stream archives for a 2015 interview with homeopath Lori Nairne, who died unexpectedly this past August. In this talk, Lori explains how homeopathy works and focuses on the many uses of the popular remedy, Arnica. Also on this episode is an excerpt from a homeopathy class Lori taught at the Sacred Stream in which Lori looks at remedies for anxiety. And Isa Gucciardi stops by the studio to talk a little about Lori and some of what is coming up at the Sacred Stream Center in 2018.

Lori Nairne was a homeopath, emergency room nurse, social justice activist, and adjunct instructor at the Sacred Stream. Lori’s work as a teacher and homeopath helped many people. She empowered them to be active participants in their own healing and not just follow the western medical model without question. She also helped many people with her over 40 years of work as a social justice activist. Among the many projects she helped found or participated in are Legal Action for Women, PROStitutes Collective, the Haiti Action Committee, Wages for Housework Campaign, Queer Strike, and Global Women’s Strike. She was also part of delegations to the 1977 National Women’s Conference in Houston, the UN Decade for Women in Nairobi in 1985, and Beijing in 1995, and the World Social Forum in Caracas in 2006.

This episode’s featured artist is The Allure and their debut album, Kiss. Laura Chandler teamed with producer and composer Walter Liskiewicz (Waldino) to create this chill jazz breakthrough record. It met with rave reviews upon its release and reached the top fifty on Indie SmoothJazz charts.

Note from Laura: As host of this podcast, I am honored to share the music of artists I admire and who inspire me. I enjoy pairing featured guests with music and I like to think that people get something out of a thoughtful pairing. As a longtime songwriter and recording artist, I generally don’t consider featuring my music on the podcast, but this episode was different. Lori was a good friend and a great lover of music. After much deliberation about who to put on this episode with Lori, it became clear that it needed to be me. I’m glad to share space with my friend in this way one more time.