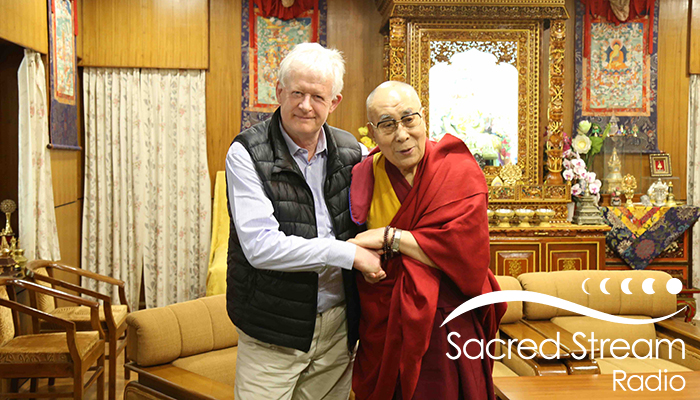 Description: On this episode, Laura Chandler is in conversation with producer and director, Paul Howard, talking about his latest documentary, Infinite Potential: The Life & Ideas of David Bohm. Bohm was a visionary physicist and explorer of consciousness, who Einstein called his “spiritual son” and the Dalai Lama called his “science guru.” Bohm’s explorations led him to intuit a hidden order to reality — the Quantum Potential — that underlies both the microscopic world of subatomic particles and also the macro world of stars and galaxies. In this episode, Paul and Laura discuss Baum’s early work, his initial rejection by the scientific community, his relationship with spiritual leaders the Dalai Lama and Krishnamurti, and the intersection of science and spirituality demonstrated in Bohm’s life and his work, The Hidden Variable Theory.

Paul Howard has directed many critically acclaimed documentaries including Waiting for Houlihan, The Irish in Hollywood, Bloomsday, and Triumph of the Nomads — a history of Australia prior to the arrival of European white settlement. You can learn more about Paul and his lastest film at infinitepotential.com.

Our featured musical artist is composer and multi-instrumentalist, Aryeh Frankfurter. In addition to his outstanding solo releases, he has played on numerous records with a variety of artists, and regularly collaborates with his partner and colleague, Windham Hill artist and Billboard chart-topping harpist and composer, Lisa Lynne. Learn more about Aryeh at lionharp.com.