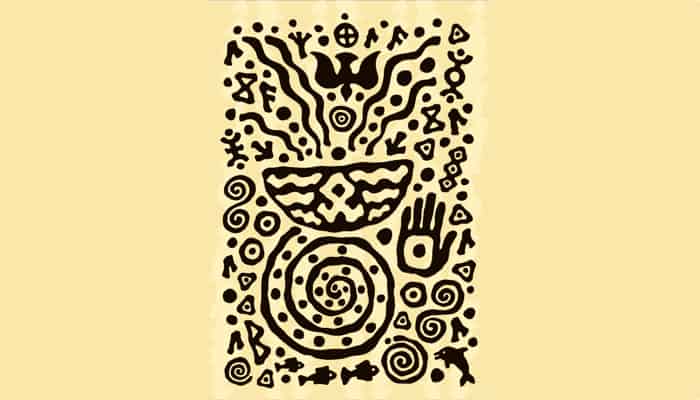 Summary: Within the context of a shamanic counseling practice, drum healings can be used to help clients to access well-defended emotions and experiences within themselves more quickly than would usually be possible through talk or hypnosis alone.

In almost all shamanic cultures, both past and present, we see the drum being used as an instrument of healing. Shamans use the drum to address many issues and physical ailments including depression, phobias, addiction, and chronic health problems. Additionally, the shamanic techniques of soul retrieval, depossession, and extraction can all be performed with the drum.

The Shaman has been described as a hollow bone. He or she enters an altered state or light trance, clearing out his or her personal ego space to make way for spirit to use him or her as a healing tool. In this way, the Shaman is a channel for higher consciousness. The spirits that Shamans work with are described in all shamanic cultures as compassionate beings, very similar to the Judeo-Christian description of angels. Although some people may resist or question the concept of healing spirits or divine spirit, it is not necessary to believe in this idea to experience healing with the drum.

Many practitioners use the drum to facilitate healing. The sound waves seem to penetrate the energetic blocks that have built up over time. In this way, the drum can provide an effective method for working with deep issues that a client is having trouble recognizing. And because the drum addresses the issue on a purely energetic or visceral level, the conscious mind and the normal defenses are bypassed.

When I use the drum, I usually use it in conjunction with other therapeutic techniques. Sometimes the drum plays a more prominent role in a client’s healing; other times, I do not use it at all. It all depends on the client and their particular circumstances. In all cases, however, I use a series of core shamanic techniques that I have adapted to be more relevant to the modern psyche. Although these modernized shamanic techniques require greater client participation than traditional techniques, I find that by including the client in their own healing process, they become more empowered and their healing can be deeper and longer lasting.

The following example illustrates how the drum can be used to create a shift in a client’s long-standing issue with anger. In this case, the client was a 34-year-old man. In the course of our counseling, I had discovered that his anger was the root cause of a depression he had suffered from for most of his adult life. During a session I asked him to focus on his anger while I entered a light trance and then began to drum around him. While drumming, I focused my attention on moving power through the drum and into the place in my client’s psyche where he had been holding his anger.

As a result of this drum healing, my client experienced a profound shift in his anger, and he also was able to access a great deal of new memories that had been previously inaccessible. In revealing these memories, he reported a series of images involving his mother interacting with him as a child and as an adult. While doing this, he felt anger about his mother in a way that he had never allowed himself to feel before. Eventually, this anger gave way to a deep sense of sorrow, the emotion ultimately underlying his anger. After the drum healing, the client reported feeling purged and more alive than he had ever felt before.

Although there was more work to do, we had managed to reach a very defended emotion in a short period of time – about fifteen minutes of drumming. Without the drum, it might have taken many more months to access the anger and deep sorrow that had been plaguing my client for his entire life.