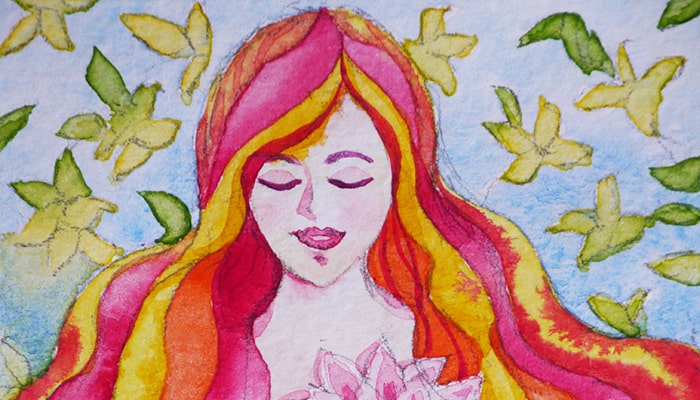 Blog: The Great Feminine: An Excerpt from Return to the Great Mother

Images of mother goddesses predominate in many archaeological finds from Ancient Egypt. The forms of the Great Mother in Egypt include those of animals seen as good mothers, including the lioness, cow, and hippopotamus. In ancient Greece, many sanctuaries and temples were dedicated to the embodiment of the Great Feminine that took the form of goddesses such as Hera and Gaia.

In many cultures, the Great Mother principle is viewed as a force that encourages fertility and protects against disaster. In the Andean culture, the goddess Pachamama personifies this principle. In spiritual traditions in the Himalaya, the female deity Tara has a variety of aspects. Each aspect is considered to be an embodiment of different elements of compassionate assistance. Similarly, Quan Yin is a female deity revered throughout China and Southeast Asia. Her followers call upon her for assistance and deliverance from adversity.

In Catholicism, the Virgin Mary is considered to be the mother of God. In the Hopi tradition of North America, Mother Earth and the Corn Mother are believed to be the mothers of all the living things. In the Hopi tradition, as in many others, the concepts of the Great Mother are closely tied with the powers of the Earth— the life-giving waters, the sun, the night sky. This understanding arises from the recognition of the ways in which women’s bodies are in synch with the rhythms of the earth.

For instance, a woman’s menstrual cycle is very close to the cycle of change exhibited by the moon through its phases, 29.5 days. As the moon progresses from the new moon, to the waxing moon of increasing light, to the full moon, and to the waning moon of decreasing light, so does a woman’s estrous cycle build and wane.

The Mayans correlated one of their calendars related to the rhythms of the sun’s waxing and waning influence over the seasons to the human female’s gestation period. This may have been because the Mayans understood that a woman’s body is constantly engaged with the dance of birth and death from month to month and this engagement naturally aligns women with the larger processes of birth and death that are mediated by the Earth.

As our contemporary culture has become more focused on technology, Western men and women have in many ways lost touch with the intimate connection they have with the cycles of nature. In a similar way, women have been separated from concepts of the divine feminine in spiritual pursuits. This separation has occurred over time and comes in part from the loss of connection with the Earth and the domination of masculine forms of divinity that populate Western traditions of spirituality. Yet, the possibility for healing this divide has already begun. Consciousness increases with each movement towards protecting the environment, recognizing human and animal rights, and generating a more compassionate world. As we recognize the value of the Sacred Feminine, we can also bring the Sacred Masculine into balance, creating greater balance on the planet.

Editors’ note: Isa’s book Return to the Great Mother explores the power of the Divine Feminine and the role of Great Mother in the birth environment. Isa also has a Great Mother Meditation, designed to help the listener connect to the mysterious, creative power of the Great Feminine. This excerpt had been slightly modified by the author.