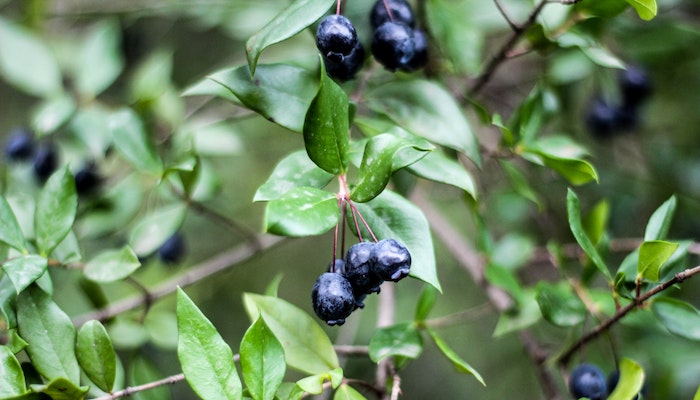 Blog: The Light of the Summer Solstice

The blueberries on the blueberry bush in the garden at the Sacred Stream Center are bright and fat. They each take their turn ripening into an indigo blue.

Another indigo being in the garden is very much aware of each blueberry’s step into its deep blue coat. This is the scrub jay, who often takes a back seat to the ravens dipping dried out hamburger buns scavenged from the fast-food restaurant up the street into the fountain, softening the bread so they can swallow it in one gulp. But at this season of the summer solstice, the scrub jay owns the garden. As each blueberry ripens, she darts from her perch on the handrail, grabs the berry and tilts her head back, and lets the sweetness course down her throat.

The sun is strong in the garden now, as it is everywhere else. It remains directly overhead for most of the day, leaving the stained-glass windows in the sanctuary to sparkle their own colors without the sun’s influence. From the depth of the blue, to the heat of the sun, everything is intense right now. The COVID surge here in the Bay Area is at its highest since the pandemic began. The news from Ukraine tells us that the fighting is at its fiercest since the Russians began bombarding. Political polarization is at fever pitch over the Roe v. Wade decision by the Supreme Court. For a time known for the vividness of the light that comes with the longest day of the year, this year’s summer solstice seems to be providing us with more intensity than usual.

I have sat with many people in Depth Hypnosis sessions and in classes this season who have found themselves reaching a tipping point in being able to maintain equanimity in the face of the increasing concentration of experience. Small things normally taken in stride are triggering meltdowns and collapse. The question arises again and again: how do we meet this intensity effectively?

Ironically, one of the sources of this intensity is also the teacher for its antidote. This is the sun. As its light and heat permeates and encompasses all experience in this season, the breadth and depth of its influence is felt. By following the extent of that influence, we can find ourselves entering a vast expanse. If we allow ourselves to open to that expanse rather than contracting against it, we find ourselves in spaciousness.

I have found this path to resolution helpful in every moment of seemingly unbearable intensity I have been privy to in session and in class. In one situation, a young father sick with COVID tending to his also stricken children was able to find this spaciousness by ceasing his constant stress-inducing caregiving and just lying down with his children. A small business owner, staggering under the weight of trying to keep her small company afloat as she watched it losing value with the stock market slide, stopped trying to fit one more meeting into an overbooked calendar and allowed herself the space to cry for an hour.

As they stopped resisting or trying to overcome the constriction of their experience and surrendered to it, the space that existed behind all the moments of that constriction opened. The spaciousness at the heart of their involvement became available. This allowed their experience to unfold and find its place within them. This brought a balance that rejection, constriction, or the attempt to overpower the intensity could not. They found the proper relationship to intensity by creating space within themselves to hold it.

At the height of the bright sun’s heat in the Center’s garden, the patient scrub jay waits for the ripening of the berries. The unflappable ravens anticipate the softening of their bread. I try to track all the places where the sun’s rays penetrate, the length and breadth of its influence, and try to open completely to its light.