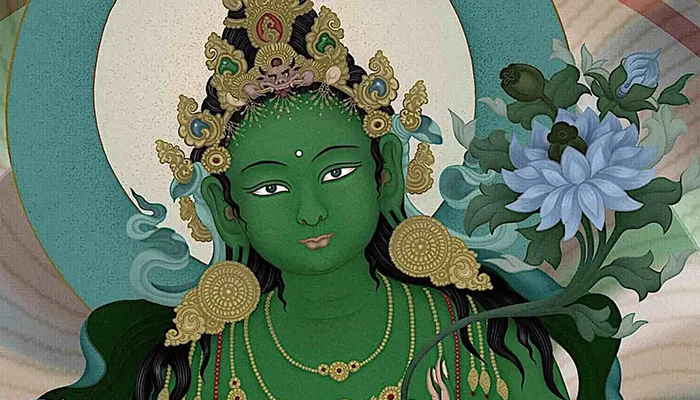 In this series of videos, we will explore the sacred feminine in Buddhist philosophy and learn how the engaged activism of Tara, best known of the female deities, can help us in our everyday lives. These talks are inspired by the workshops that Isa Gucciardi and Robert Thurman teach called Embracing the Sacred Feminine.

About Isa Gucciardi
In the mid-nineties, Isa Gucciardi began developing Depth Hypnosis as she entered into clinical practice. Her studies, both in academia and in the field of cultural and linguistic anthropology, comparative religion, and transpersonal psychology formed the basis of her approach with clients and students. As the body of work that grew out of her clinical practice became larger, she began teaching others so that more people could benefit from the techniques she had developed. In order to accommodate the number of classes that grew out of this process, she co-founded the Foundation of the Sacred Stream, which is now a school for consciousness studies in Berkeley, California, serving hundreds of students each year. Isa teaches and speaks nationally and internationally, and she has published numerous articles, podcast episodes, videos, and the books The New Return to the Great Mother and Coming to Peace. She maintains a private practice with institutions and individuals in Depth Hypnosis and Coming to Peace processes. Isa speaks five languages and has lived in eleven countries. She is the mother of two children and lives with her partner in San Francisco.