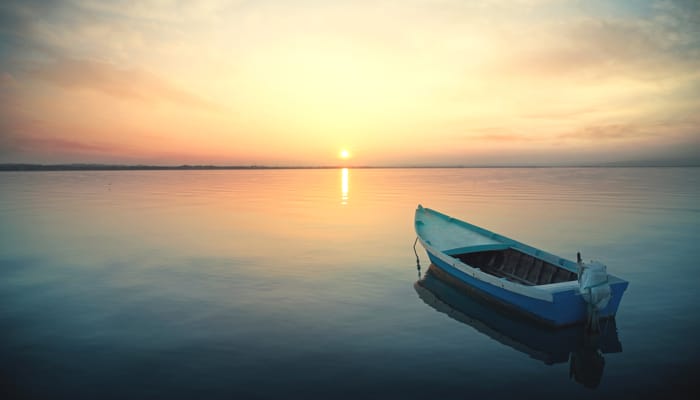 Article: Working with the Shamanic Journey

Summary: Individuals seeking self-transformation can use the shamanic journey to access their own inner wisdom and heal core issues.

Shamanism is the core spiritual and healing practice of most indigenous cultures. The Shaman serves as the medical, psychological, and spiritual counselor of these cultures. One of the primary responsibilities of the Shaman is to interface between the world of the seen and the unseen. As part of the interface between these two worlds, the shaman uses the shamanic journey. The shamanic journey is a term that is used to describe the primary vehicle that Shamans use to perceive phenomena beyond the conscious mind. It is a method of perceiving the psyche and world of spirit, as well as a means of gaining deeper insight into the world around us.

The shamanic journey begins with lying down and closing and covering the eyes. It is a form of active meditation that utilizes a sonic driver to reach a meditative state. Common forms of sonic drivers include repetitive chanting, rattling, bell ringing, and drumming. The playing of a sonic driver produces an altered state that allows the journeyer to explore non-ordinary reality.

Non-ordinary reality consists of three worlds that are found in most shamanic traditions. Interestingly enough, people who’ve never had contact with one another, repeatedly describe these three worlds in very similar ways. The three worlds consist of an Upper World, a Lower World, and a Middle World. It has been reported across time and cultures that only compassionate beings exist in the Upper and Lower Worlds. There are also compassionate beings in the Middle World, but spirits who are lost or disturbed also reside there. These spirits may be associated with hauntings, possessions, or other anomalous encounters. It is part of the Shaman’s job to help these spirits heal and move on from any of the places where they are stuck.

From a modern standpoint, the shamanic journey is a very useful means of accessing inner wisdom. It is a method of perceiving the psyche and world of spirit, as well as a means of gaining deeper insight into the world around us. The journey can be taken by anyone who has the intention of knowing themselves and the willingness to undergo the inner initiations that will lead to deep healing and deep self-knowing.

Journeyers do not need to believe in the world of spirit in order to benefit from the shamanic journey. In fact, how you perceive the teachers in the Upper and Lower World is entirely up to you. Some people describe them as a deeper part of their psyche, higher consciousness, or even figments of their imagination. It is the way in which you work with these guides that is important, not what you call them.

I have been teaching people how to journey for many years and I have seen the benefits first hand. Many of my clients have made significant changes in their core issues, simply from the information they were able to obtain in their journeys. Because the language of the journey is similar to the language of dreams, everything you encounter in a journey has significance and is unique to you. The common mistake in dream interpretation is to believe that something like a tiger means the same thing to everyone. On the contrary, a tiger may have a positive affiliation for one person and a negative one for someone else. It is important when working with dreams and with journeys, to always ask what the particular object or character means to you. In this way, the psyche, higher consciousness, or benevolent beings are able to communicate significant information to you.

In one case, a client came to me suffering from a lack of motivation. He was an artist who could no longer create, and talk therapy had left him discouraged and angry. In the first journey, he met a teacher in the form of frog. He had a low opinion of the form of this teacher and he began his second journey somewhat negatively. He returned to the same spot where he had met the teacher in his first journey and then asked, “What do I need to do to gain access to motivation?” They were sitting by a fire and the frog remained absolutely silent. As they sat there together, my client became more and more agitated; at one point, he exclaimed, “What kind of shit-eating grinned teacher have I got?” The frog just continued smiling at him as the fire burned more and more out of control.

Finally, after about fifteen minutes of the frog’s grinning and the fire burning out of control, my client got up, exclaiming, “Well, I guess I just have to take care of this myself!” He put the fire out as the frog watched him, grinning. Coming out of the journey, my client was thoroughly disgusted by his teacher and felt the whole journey was a waste of time. Then I pointed out how skillfully the teacher had demonstrated his issue with motivation. He had been waiting for the frog to take care of the fire and answer his question in much the same way he waited for someone else to deal with his problems for him in his daily life. When he saw this connection and felt the truth of it, he was able to step firmly on a path toward changing the way he creates his reality.

In another case, a woman came to me with chronic fatigue syndrome. She felt particularly exhausted by crowds and groups of people. Her solution had been to completely isolate herself and therefore she no longer worked or went out. She had been diagnosed with agoraphobia, but no conventional treatment had helped her move out of the deep fatigue and fear she constantly experienced. In sessions, I taught this client to journey and she began a consistent journey practice. Through her journeys, she began to see that she had very little ability to set boundaries. She let other people move into her space, both physically and psychically, and her inability to say “No” was exhausting her.

In her journeys, she met a teacher that was a large fish. She asked this fish, “How can I set boundaries with other people without shutting them out?” The fish proceeded to give her lessons in creating boundaries by swimming around her and having her swim both within the circle and outside of the circle. This practice was the experience of most of her journeys for a short period of time. The fish would swim in circles around my client and then have her move back and forth across the boundaries of the circles the fish had created. The fish was teaching her about the nature of boundaries on a deeply visceral and energetic level. As our work continued, and as this woman went further into her journey practice, she ultimately emerged from the chronic fatigue and returned to work.

It is important to understand that the connection made with teachers through the shamanic journey is profoundly deep and healing in and of itself. By connecting on this deep level with teachers and their higher selves, my clients were able to access their own inner wisdom and use that wisdom to assist them with their issues.

I firmly believe that the shamanic journey offers a helpful and dynamic way of connecting with wisdom and healing oneself. These are just two examples of the extraordinary teachings and understandings available to the modern psyche through the vehicle of the shamanic journey.