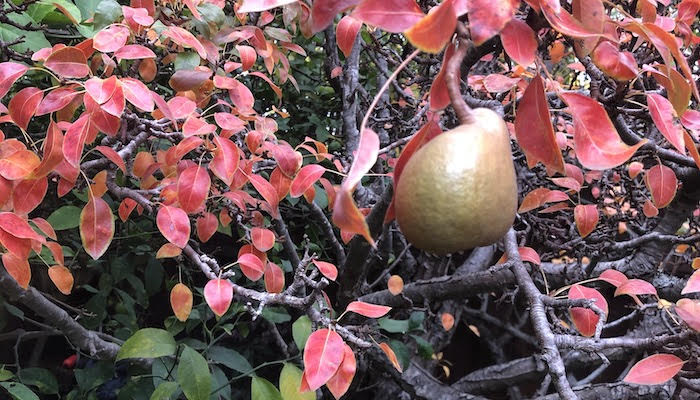 The wind is cold and biting. I hear the neighborhood kids playing in the fallen leaves all around the Sacred Stream Center as the late afternoon sun is setting far too quickly. I rarely put the electric lights on in the Sacred Stream Sanctuary, because the room has stained glass windows on the eastern, southern and western sides of the wood paneled space. Throughout the day, I know what time it is by gauging where the light is falling in the room. Now, it is fading fast behind the 100-year-old arched stained glass that engulfs the western wall.

This is the fourth time in the solstice calendar that we have cancelled our quarterly drum circle. We have come together to mark the solstice or equinox since 1995. When the spring equinox circle was cancelled in March of this year, it was jarring to realize that our traditions could so easily be abandoned. Now, with the winter winds, it does not seem surprising at all that anything we may have planned does not occur as we thought it might.

As we look into the darkening nights, we are all facing obscurations on so many levels. The pandemic promises to continue to break infection records. Our political landscape both nationally and internationally is fraught with so much danger. The climate crisis deepens as our fellow creatures continue to withdraw from the earth. Since human time began on earth, the winter solstice season has been a time when people have looked into the yawning darkness and wondered if the light would ever return. We still ask this same question, and its import is multiplied across the many layers of complexity we are facing.

As I reflect on the potentials for the future through the times ahead, I am brought back to the current moment. The winter’s cold. The winter’s light. The myriad of birds finding refuge in the Sacred Stream’s garden fountain as we struggle through yet another dry wind, another cloud passing without letting go of its rain. I listen. A silence rises as the sun sets. I try to listen to it as deeply as I can.

I imagine all the places where that silence can be known. The silence of the midnight sun across the northern tundras. The silence the whales encounter at the heart of the ocean’s depths. Out of these moments of silence and darkness emerges a stream of connection. I am shown that this stream of connection flows through the darkest times. I hear the stream calling to all beings, to drink of it without fear. To open. To resist constricting in apprehension that the light might not return. And to allow that silent, deep stream to find its way through to our hearts in these times of aloneness, illness, and lack. It is flowing full. It is expansive. It is a place we can focus until the sun yawns across the sky for just a few more moments as we move past the winter solstice.

This year, there is another important play of light that will bring a brighter glow to the winter. This is the conjunction of Jupiter and Saturn, which will take place on December 21, the day of the winter solstice. This uncommon conjunction of the two planets is known as a great conjunction. They will be so close to one another that their brightness will appear as a double planet. If you look to the west just after the sun yields to the longest night, you will find the doubling of these planets’ lights. The next day, the sun will stay just a bit longer in the sky. It will continue to do so until the March equinox, when the night will be as long as the day.

Let us remember our place within these rhythms, hold steady to our connection, and to the light that emerges in the darkest of times.